Senior Maryssa Depies main­tained her steady posi­tioning as a leader within the con­ference to take third overall with a time of 21:28.0 in the 6k race. She and fellow senior Christina Sawyer earned First-Team All-Con­ference honors. Sawyer fin­ished seventh in 22:07.4, which is her best placing in a con­ference meet throughout her career.

“I’ve never been First-Team All-Con­ference before. My closest was actually my freshman year and this year I just felt really good going in,” Sawyer said. “The end of the race was tough. I was just barely hanging on. My goal had been fifth and I was in fifth for most of the race, so that was kinda dis­ap­pointing, but it was good to have the goal because I think that’s why I placed as high as I did.”

Junior Sohpia Maeda led the next pack of Chargers, who all earned Second-Team All-Con­ference status by fin­ishing 11th, 12th, and 13th overall. Maeda crossed the line in 22:18.1, with freshman Liz Wamsley in 22:26.9 and sophomore Meg Scheske in 22:30.4.

Wamsley credits her team for encour­aging her and helping her through this season’s training.

“It’s really dif­ferent, for me at least, because I had never had a team expe­rience because I was on a club team in high school,” she said. “I knew I wouldn’t have PR’d if I didn’t have Sophia and Christina ahead of me and pushing me.”

Senior Megan Poole took 15th, fin­ished her final cross country season on a high note. She earned per­sonal best times in each of the three races she ran this year. This was her best per­for­mance at a con­ference meet as well.

“Training had just been going well. I had the men­tality of, ‘last one, best one,’ and I knew I was running for my team. It was an important day for everyone, not just the seniors,” Poole said. “It was really exciting. There’s been a lot of ups and downs with injuries and sickness, so it was good to end on a good note.”

Fin­ishing out the scoring runners was junior Claire McNally, who crossed the finish in 23:05.3 to take 26th overall.

Poole said that despite their second-place finish, the Chargers were proud of their effort.

“We all would’ve been a little happier with a win, but the work was put in and the effort was there,” she said. “We con­trolled our­selves which was all we could do. Walsh just ran really well.’

The Chargers will take some time off from training before joining the rest of the Hillsdale College women’s track and field team for the 2020 – 21 indoor track season. Meets are scheduled to begin in December. 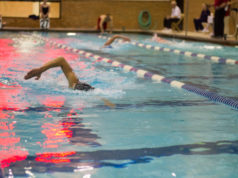 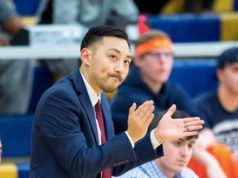