It’s been nearly two months since NBC launched its exclusive streaming platform Peacock, and its flagship original content, a big-budget adap­tation of Aldous Huxley’s classic novel “Brave New World,” has been largely and unjustly slept on.

The first two episodes of “Brave New World” are free to stream on Peacock, and a five dollar sub­scription unlocks the other seven. It’s a small price to pay for one of the most engrossing and thought pro­voking tele­vision shows of the year.

“Welcome to New London. We have three rules: No privacy. No family. No monogamy. Everyone is very happy,” is the title card of the first episode.

Set some 500 years in the future, a new civ­i­lization has risen from the ashes of an undis­closed calamity. London, as well as much of the world, has formed a strict, hier­ar­chical system of genet­i­cally-mod­ified people to fill dif­ferent roles in a society that values sta­bility above all.

An omni­scient wireless network called Indra enforces the rules through contact lenses that connect to the user’s con­sciousness. They must be worn at all times. “If you’re not happy, you’re nothing at all,” and, “Everyone belongs to everyone else,” go the New London mantras.

To get a taste of “authen­ticity,” New Lon­donders travel to the Savage Reser­vation, an autonomous region in what used to be New Mexico that refused to connect to Indra and pre­serves aspects from the old world, like monogamy, family units, and struggle for sur­vival. It also pre­serves the most base ele­ments of middle America: it’s a visual wasteland of dusty Wal­marts and trailer parks.

On a sight­seeing trip to this Savage Reser­vation, our two New Lon­doner pro­tag­o­nists, the earnest and anxious coun­selor Bernard Marx (Harry Lloyd) and the free-spirited geneticist Lenina Crowne (Jessica Brown-Findlay), are caught up in a violent rebellion and have to be saved by John the Savage (Alden Ehren­reich). Crowne and Marx escape with John back to New London, where his ide­alism, passion, and roguish charm begins to rub off on the inhab­i­tants — espe­cially the pro­tag­o­nists them­selves — to dis­as­trous results.

John ignites those he meets with a longing for freedom and passion, even if that means sac­ri­ficing their drug-fueled con­tentment. His mere presence breaks through the Soma daze to expose the super­fi­ciality of New London and desta­bi­lizes the social hier­archy. The show ends ambigu­ously, but leaves open the pos­si­bility for a second season.

With a clearly high-dollar pro­duction value, the dystopian future “Brave New World” por­trays feels both grounded and exotic. The set design of New London is bright and modern; it favors Bru­talism, as if soft curves and bright spaces would dis­tract from the fact that the city is actually a monolith of unyielding con­crete and steel.

The char­acter devel­opment is perhaps the strongest feature of the show’s writing. The sea­soned cast has excellent chem­istry and emo­tional depth. Harry Lloyd as Marx and Hannah John-Kamen as his best friend Helm Watson are espe­cially delightful. Like Brown-Findlay’s breakout role as Sybil Crawley on “Downton Abbey,” Crowne is a spunky female lead, while Ehren­reich channels similar roguish energy to his role as Han Solo in “Solo: A Star Wars Story.”

Anyone looking for a faithful book-to-screen trans­lation of Huxley’s 1931 prophetic novel will be dis­ap­pointed. Others may appre­ciate the sig­nif­icant devi­a­tions from the source material, however, such as the dis­posal of Huxley’s cringe­worthy (worship of Henry Ford) and prob­lematic ele­ments (overt racism and sexism). Though crit­i­cized for missing the point of the novel, one can still draw timely, if dif­ferent, lessons from the show.

Part of the reason the show deviates so dra­mat­i­cally from the book is because too much of what Huxley pre­dicted has already come to pass. Mean­ingless sex, in vitro fer­til­ization, the breakdown of the family, and casual hedonism and nihilism are now the norm in many parts of our current society — not to mention the majority of our TV shows and movies.

The show is a stark reminder of the con­se­quences of trying to establish heaven on earth. It launched during a national reck­oning with race, during which many are calling for the abo­lition of our bulwark insti­tu­tions. Chris­tianity, the patri­archy, colo­nialism, the police, and even history itself have found them­selves on trial before the mob in recent months, which places the blame for societal failings on any­thing but the indi­vidual.

“Brave New World” shows us a society in which all these demands are met. There’s no family, no religion, no crim­inals to punish, and no limits on sex­u­ality so long as everyone shares their bodies with everyone else.

All that remains is a culture in stasis; no memory, no history, everyone safe, everyone happy. But instead of pro­viding a stable and incor­ruptible social body, the things that allow a group of people to come together in com­munity — such as romantic love, family, and common spir­itual aspi­ra­tions — become the sparks that set off its destruction.

The series raises the same question Huxley posed 90 years ago when he asked if man would exchange freedom for hap­piness. The answer is a resounding “no” — not because he shouldn’t, but because he can’t. Attempts to immi­natize the eschaton are always met with failure because no system that denies human nature can last for long. If vio­lence and cruelty are immutable, so too are the desires to love, to create, and to sac­rifice.

“Brave New World” ulti­mately illus­trates the deeply human need for some­thing beyond the flesh, and the lengths to which people will go to rec­ognize their deepest longings. All the drugs and sex in the world can’t sup­press this reality. 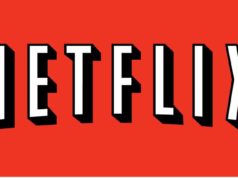 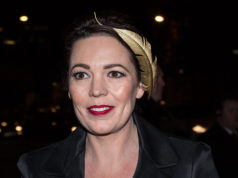 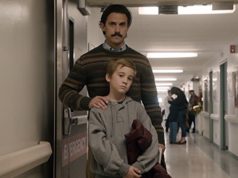 ‘This is Us’ celebrates life and family