Carmel Kookogey almost didn’t go to college. In fact, she almost went into fashion design. Now, however, she is fin­ishing her senior year as the Editor-In-Chief of the Col­legian.

“I thought I was going to go into fashion school or do some­thing with fashion without nec­es­sarily getting a formal edu­cation,” she said. “I realized that I was really missing out on intel­lectual life. I was thirsty for a new aca­demic chal­lenge.”

Before making a decision about college, Kookogey decided to take a gap year. During that time, she ran a fashion blog as a side project.

“I used it as a cre­ative outlet to talk about fashion that inspired me and chronicle some of the more cre­ative looks I came up with,” she said.

Since then, she’s enjoyed her time at college and at the news­paper. Her favorite editor this year, is, of course, her sister, Rachel.

“I have to say my sister because she’s my sister,” she said. “My favorite section is city news. I think it’s the section where you get the most real world reporting expe­rience; it’s where I’ve gotten the most ben­e­ficial expe­rience.”

As an under­classmen, Kookogey said she was drawn to former Editor-In-Chief, Nicole Ault ’19.

“Nicole was an inspi­ration to me. She was always both orga­nized and intel­ligent, but also didn’t take herself too seri­ously,” she said.

Kookogey’s favorite story she’s written so far is found in the Culture section.

“I was really proud of my great cookbook’s column — the Julia Child one,” she said. “I talked about Julia Child and why she is an important cook to study because of the love of food that she inspires.”

Kookogey’s dream job is to be a stay-at-home mom on a farm with some free­lancing work on the side. Her morning routine involves coffee, Scripture, and feeding her sour­dough starter. 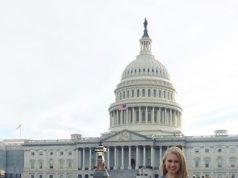 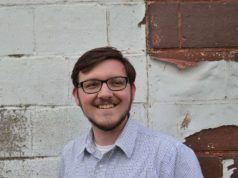 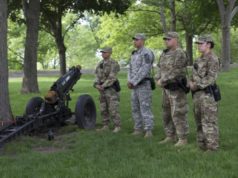 Hillsdale students, you are not martyrs