The jurispru­dence of the late Supreme Court Justice Antonin Scalia is almost uni­ver­sally praised within con­ser­v­ative circles, save one infamous decision. In an event hosted by the Van Andel Graduate School of States­manship Tuesday, Sept. 15, Vincent Phillip Munoz defended that decision.

Munoz, an Asso­ciate Pro­fessor of Political Science and Law at Notre Dame Uni­versity, explained that Scalia’s con­tro­versial per­spective on the free exercise clause of the First Amendment is actually con­sistent with the justice’s staunch orig­i­nalism.

In the case of Oregon v. Smith, Scalia authored an opinion which held that the First Amendment does not exempt reli­gious prac­tices from being subject to the law.

“Con­ser­v­a­tives right away are appalled by this decision,” Munoz said in his lecture. “Justice Scalia’s opinion was met with harsh crit­icism as soon as it was issued.”

As Munoz explained in his lecture, most con­ser­v­a­tives believe that the purpose of the free exercise clause is to do exactly what Scalia said it does not: exempt reli­gious activ­ities from gen­erally applicable laws.

“I’m going to offer an inter­pre­tation that is dif­ferent from many leading con­ser­v­a­tives,” Munoz told his audience early on.

Munoz pro­vided an analysis of the founders’ natural right theory and social con­tract con­sti­tu­tion­alism. Inalienable rights, such as the right to freely exercise religion, cannot be sub­jected to the reg­u­lation of the political com­munity.

However, this does not mean that the Con­sti­tution pro­vides any exemp­tions to gen­erally applicable laws that, in their appli­cation, happen to be bur­densome upon reli­gious prac­tices.

If a gen­erally-applicable law vio­lates natural rights, fighting for a reli­gious exemption to it pre­serves the bad law while making reli­gious com­mu­nities more obe­dient to oppressive gov­ernment.

Fully sub­jecting reli­gions to the law could pos­sibly do more good for the cause of liberty in the long run, Munoz said, as this would prompt reli­gious com­mu­nities to actually oppose bad laws.

“Justice Scalia’s non-exemp­tionist reading of the free exercise clause is the only con­struction con­sistent with the founders’ natural rights political phi­losophy and their social compact con­sti­tu­tion­alism,” he said.

Hillsdale College graduate school student and class of ’20 graduate, Brian Friemuth attended the lecture and found Munoz’s points spot on, espe­cially as it related to the recent lock­downs across the country.

“The one thing I cer­tainly agree with Munoz on is, he’s right about this —  — what pastors and priests across the country did is say, ‘oh, don’t com­plain about these clear encroach­ments on your rights, because the gov­ernment gave us a handout,” Friemuth said.

Without the exemp­tions from state lock­downs that churches received, Friemuth said they would have fought much more fiercely against such oppressive restric­tions. He believed Munoz demon­strated this during his talk.

The event was orga­nized by Ronald Pestritto, Dean of the Van Andel Graduate School and Pro­fessor of Pol­itics at Hillsdale College. Pestritto met Munoz when they were both under­graduate stu­dents at Claremont McKenna College.

Pestritto invited Munoz to speak largely because of how reli­gious com­mu­nities have been com­plicit in over­bearing lockdown exec­utive orders, relying on reli­gious exemp­tions instead of pushing back.

“Because of all the current ques­tions about how reli­gious liberty has come under threat in the lockdown era, I thought it would be good for people to hear an orig­i­nalist per­spective on the restriction on reli­gious freedom,” Pestritto said.

Ulti­mately, Pestritto said he was happy with how the event turned out and the reception of Hillsdale stu­dents.

“We had a full capacity crowd and had some good ques­tions, and so I think that’s evident of how well it went,” he said. 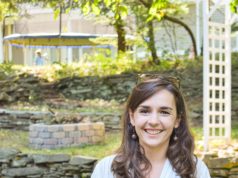 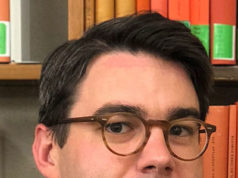