Owner Mary Ellen Sattler closed up the old shop just a few doors down and moved to a new location just down the street at the end of May. Sattler said that she moved location because of the bigger space the new building had to offer.

“We wanted a bigger area. There wasn’t a whole lot of privacy at the old location. Now, there’s space between tables and plenty of room for kids to study.”

With the bigger space, Sattler was able to put in a gath­ering table, which has been a request from patrons for some time. Three tables in the front of the cafe can be pushed together to acco­modate groups of around 24 people.

As for opening a new location amidst a global pan­demic, Sattler said it was nerve-wracking but every­thing went smoothly.

“It’s dif­ficult to make sure you’re getting the right direction and what you’re allowed to do and all that,” Sattler said. “But, we’ve done every­thing that is required of us over and above. We were using bleach and gloves long before we were required to.”

While the decor at the original location was more quaint and cozy, Sattler has put her spin on the new location incor­po­rating a more rustic and woodsy atmos­phere.

“It’s more me. The old location was beau­tiful and quaint. It was lovely. But, I wanted a more rustic and out­doorsy vibe.”

Part of that out­doorsy vibe is what Sattler calls “Moosetif.” Every­where you look there’s a dif­ferent kind of moose themed item from pic­tures, to the front sign, and even the logo on the cups. In the back hallway, there’s a large moose mural painted by Sattler’s niece.

The moose’s name is Dani Antler.

“I’ve always loved moose, and I wanted to incor­porate that into the new location,” Satler said.

While the new location does not have a secret garden quite like the old location on the corner, Jilly Beans is part­nering with the Blossom Shop next door to make sure that the fan favorite isn’t lost in the tran­sition.

“They have a trellis in the back and a seating area. We’ve put all our wicker chairs out there and people are more than welcome to go sit out back.”

For the most part, the menu has stayed the same other than a few gluten free options. All baked goods are now made in house. The kitchen, in Sattler’s esti­mation, is about six times bigger than the one on the corner.

“We’re not tripping over each other as much,” Jilly Beans employee Julie Crowley said.

Crowley, who has been working at Jilly Beans for the past three  years, said that public reception has been over­whelm­ingly pos­itive.

“A couple said they think it’s lost its cozy feel, but, they follow that by saying they appre­ciate the room.”

“The lighting is really nice, and it’s a lot more spa­cious. It’s such a nice place to study,” Williams said.

Junior Anna Cannon agreed with Williams, adding that she enjoys the new decor.

“The old one was cozy but it was almost a little janky. This one is a better place to study,” Cannon said.

Sattler wants stu­dents to know that she is always open to sug­ges­tions.

“If there’s a want, we want to know about it. We’re very acco­mo­dating to sug­ges­tions. And we love the stu­dents.”

For the love of the bean 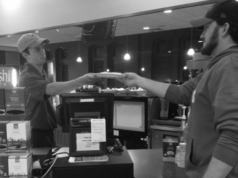 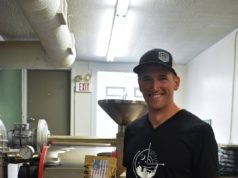