Hillsdale College may be known for its core liberal arts cur­riculum, but a look back into the course cat­a­logues of years past proves there have been a wide variety of classes offered outside of the tra­di­tional aca­demic sub­jects.

Among its ear­liest unorthodox classes includes a scuba diving course the college first offered in 1963. It was so suc­cessful that the college offered an advanced scuba diving class in 1978 entitled “Advanced Open Water Diving”. According to the Mar. 16, 1978 issue of The Col­legian, course instruction involved “advanced diving tech­niques such as search and recovery, compass work, night diving, light salvage, decom­pression stops, free ascends, wreck diving and under­water com­mu­ni­ca­tions.” The college brought back the course in 2000 and is still a reg­u­larly offered class at the College.

Many inter­esting physical edu­cation classes over the years involved dance. In 1933 the College offered a social dance class. The course was “open to everyone, faculty or stu­dents, free of charge,” according to the Feb. 28, 1933 issue of The Col­legian. Imagine taking a social dance class and your pro­fessor was your dance partner.

In addition to elective courses, Hillsdale has offered quite a few inter­esting courses that were major require­ments.

“Choice of Clothing” was a popular course for this major in 1926, with its purpose rooted in exploring appro­priate attire for various occa­sions.

Sim­i­larly in 1924, the Art of Dress and Dec­o­ration taught design tactics for both clothing and home inte­riors, only a few years before the College offered “Household Physics” as a science class in the physics department in 1949.

“Ini­tially the class was for girls who only wanted a prac­tical and useful knowledge of everyday physics without taking the rather dif­ficult five hour physics class,” according to the Feb. 23, 1949 issue of the Col­legian.

According to the Col­legian, “The work in this course will avoid lengthy math and detailed theory but will deal with prac­tical and everyday problems involving physical prin­ciples.”

In recent Hillsdale history, the Honors sem­inars have pro­vided several inter­esting courses. In 2010, Melinda von Sydow taught “The Pol­itics of Clothing,” which “Explores how clothing has been and con­tinues to be used to make political and cul­tural state­ments from the time of the French Rev­o­lution to runways today,” according to the Sept. 23, 2010 issue fo the Col­legian.

In addition, the current Honors course “Intro to Japanese Anime Films,” which is offered every four years. According to the Mar. 27, 2014 issue of The Col­legian, Pro­fessor James Brandon “decided to offer the seminar after teaching the topic in another course. Approx­i­mately 15 years ago during a foreign films class, Brandon realized there was enough interest in the Japanese anime film to teach an entire course on the topic.”

While major and core classes may be the most useful courses offered at Hillsdale, in the words of the 1950 issue of the Winona Yearbook, “We took the require­ments and filled the bill but for many the memory of classes will come from those extra classes or elec­tives that were taken just for general knowledge or maybe just for kicks.” 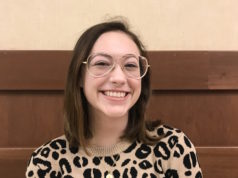 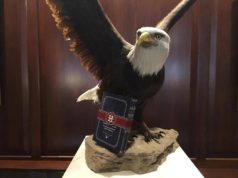 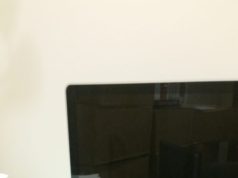 New yearbook class to be offered next fall