After 38 years of serving in Hillsdale County, Sheriff Timothy J. Parker sub­mitted his letter of res­ig­nation on July 13, 2020, six months before his term was set to expire. Under­sh­eriff Carl Albright will com­plete the term, which ends Dec. 31.

“There are many new chal­lenges facing the next sheriff of Hillsdale County,” Parker said in his res­ig­nation letter. “I do not wish to be a ‘lame duck’ sheriff that makes critical deci­sions that will have a serious impact on the budget and the men and women who serve our county at the sheriff’s office.”

Parker’s statement did not specify his reason for resigning, but the Hillsdale County Pros­e­cuting Attorney Neal Brady offered some clarity.

“Parker did not give any reasons for his decision not to seek a second term,” Brady said. “But he did say he was making it effective on Aug. 7, so that the winner of the primary would be able to start early without any inter­ference from the current admin­is­tration during the final­ization of the 2021 budget.”

On Aug. 10, Probate Judge Michell Bianchi, Brady, and County Clerk Marney Kast met for an infor­ma­tional meeting to outline the acting sheriff’s new role. Michigan Statute 51.72 states that the under­sh­eriff takes the position of the sheriff in the cir­cum­stance of vacancy in the office of sheriff.

It is cur­rently unclear whether Albright will finish out the entirety of Parker’s term. Bianchi said that Albright may submit his own res­ig­nation. In this case, Brady, Bianchi, and Kast would meet again to discuss who takes his place.

“Until the new sheriff is sworn in, Albright will fill in,” Bianchi said. “Albright could not con­tinue into the next term even if he wanted to unless we appointed him, but the new sheriff will take his place on January 1.”

Once the elected sheriff takes office, Albright will move back to under­sh­eriff unless the sheriff hires someone new.

“Albright could con­tinue to be under­sh­eriff,” Bianchi said. “Or the incoming sheriff could name a dif­ferent under­sh­eriff, but I’m sure he would keep him as an officer at least in some capacity.”

With the upcoming sheriff election, Brady said he believes the res­ig­nation and new sheriff will still create a forward-looking attitude within the county.

“The new sheriff will suggest that Parker’s res­ig­nation will affect the com­munity in a pos­itive way because it will allow the infusion of new energy, new ideas, and an imme­diate critical eval­u­ation with solu­tions to problems that pre­vi­ously were not addressed,” Brady said.

As Parker steps down from office, Brady empha­sized the great work he accom­plished in the community.

“One thing is without dispute, however,” Brady said. “The department will be without the expe­rience of two people that com­bined have roughly 75 years of wisdom, training, and lessons to draw from. It is hard to argue that such an exodus of knowledge is good for any department and therefore the community.” 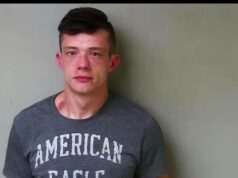 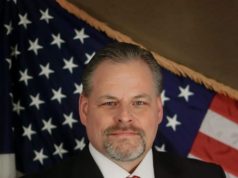 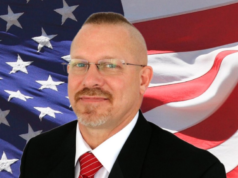