Alex Nester ’20 was “doxxed” on Twitter by CNN analyst Asha Ran­gappa last week after Nester raised ques­tions in her reporting for the Wash­ington Free Beacon about Rangappa’s public com­ments.

“Doxxing” is the practice of pub­lishing per­sonal infor­mation for the purpose of encour­aging harassment.

On Aug. 25, Ran­gappa had accused Haley of changing her name to “Nikki” instead of using her given Indian name, “Nimrata.”

Ran­gappa sug­gested Haley did so to conform to racist con­ven­tions, which she claimed under­mined Haley’s com­ments at the Repub­lican National Con­vention on Aug. 24 that America isn’t a racist nation.

In her article for the Free Beacon, Nester pointed out that Haley has gone by “Nikki,” her legal middle name, since childhood. In Punjabi, “Nikki” means “little one.” Nester also noted that Ran­gappa goes by her middle name, “Asha,” rather than her first name, “Renuka.”

Instead of replying to Nester’s request for comment, which is standard jour­nal­istic practice, Ran­gappa pro­ceeded to tweet a screenshot of Nester’s email, which included both her email address and phone number. Ran­gappa has more than 600,000 Twitter fol­lowers.

Ran­gappa cap­tioned the tweet, “So @FreeBeacon has now con­tacted my employer to BREAK THE STORY that I go by middle name, just like Nikki. Because this is important news during the RNC.”

Her tweet was even­tually deleted for vio­lating Twitter’s privacy policy, but not before several of her fol­lowers answered her call to action, expressing their intention to message and call Nester’s phone number.

In a later tweet bemoaning her pre­vious message being deleted, Ran­gappa tried to demean Nester by calling her an “intern who pre­sented herself as a reporter” and saying that Nester “tried to Karen” her.

“I stand by my story and my reporting speaks for itself, as does Asha’s tweet,” Nester told the Col­legian.

The incident gar­nered national attention, with both the Post Mil­lennial and National Review mag­azine picking up the story. News of Nester’s sit­u­ation even reached Haley herself, who took to Twitter to express her support.

“It is a dis­grace that CNN and Yale promote someone who would bully and attack a 22-year old just because she rightly called out her error,” Haley said in a tweet. “I’m proud of [Nester] for using the power of her voice and having courage to accu­rately report hypocrisy.”

Michael Clark, asso­ciate eco­nomics pro­fessor at Hillsdale College, called Nester one of his “all-time favorite stu­dents.” Clark praised Nester for her hard work and char­acter that drove her to fully engage every class’s chal­lenges.

“She’s just a very nice indi­vidual that most people can relate to,” he said, “but with a humility and char­acter that makes everyone want to be a bit better. She never put herself above anyone else.”

Nester majored in eco­nomics and minored in jour­nalism at Hillsdale College. She was opinions editor of the Col­legian and a member of the Rho Gamma chapter of the Chi Omega sorority. Her summer internship at the Free Beacon was spon­sored by the College Fix, and this fall, she will con­tinue at the Beacon as part of the Public Interest Fel­lowship program. 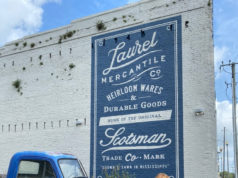 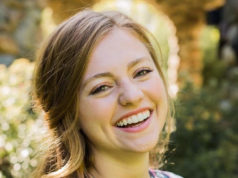 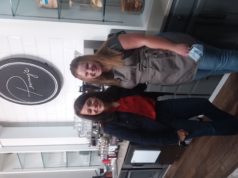