Like the rest of the fall-sport ath­letes across the nation, the Hillsdale College Chargers waited all summer to see what their seasons would hold, or if they’d have a season at all. Similar to what hap­pened this spring, the NCAA Division II fall sports seasons faced gradual can­ce­lation beginning in July. For Hillsdale, this affects the football, vol­leyball, and cross country teams.

The Great Midwest Ath­letic Con­ference began by post­poning the start of prac­tices to Aug. 28 and the start of com­pe­tition to Sept. 24. Fall sports would still go on, just with about a month-long delay.

Then, on Aug. 5, the NCAA Division II Pres­i­dents Council can­celed all of the 2020 fall cham­pi­onships “due to the oper­a­tional, logis­tical, and financial chal­lenges pre­sented by the COVID-19 pan­demic,” according to an NCAA Division II press release.

“After reviewing and dis­cussing the Board of Gov­ernors’ direc­tives, the Division II Pres­i­dents Council made the dif­ficult decision that holding fall cham­pi­onships in any capacity was not a viable or fis­cally respon­sible option for Division II,” said Sandra Jordan, chan­cellor of South Car­olina Aiken and chair of the council.

While teams would no longer be able to compete for national titles, they would still be allowed to compete at the con­ference level. That changed, however, the fol­lowing week.

The G‑MAC announced on Aug. 10 that cham­pi­onships for “high-risk contact sports,” including vol­leyball and football, will be post­poned to the spring. Cross country will still con­tinue with a post­poned schedule, and the G‑MAC cham­pi­onship race set for Oct. 24.

James Gen­sterblum, director of ath­letic com­mu­ni­ca­tions for Hillsdale College, said the department has been adjusting on a daily basis to all of the changes, but remains optimistic.

“It’s been hard for everybody. This is such an unprece­dented sit­u­ation,” Gen­sterblum said. “We’re dealing with a sit­u­ation that’s changing day to day, some­times hour to hour or minute to minute. It’s def­i­nitely been a real chal­lenge but I feel like the department has held together really well.”

As of now, the Hillsdale men’s and women’s cross country teams will be com­peting in several invi­ta­tionals, as well as the G‑MAC cham­pi­onship. The football and vol­leyball teams will con­tinue in their limited training, with the goal of a mod­ified season in the spring.

Head vol­leyball coach Chris Gravel is approaching the new schedule with pos­i­tivity. He said this will give the team more time to train rather than beginning com­pe­tition right away in August.

“They’re dis­ap­pointed, but at the same time, too, this could be a nice oppor­tunity. It will give our freshmen more time to adjust and we’re looking to take full advantage of that,” Gravel said. “We were going to be good this year, and now we’re hoping to be even better.”

He said the team has been doing its normal spring workouts at Baw Beese Lake as well as many other mental exercises.

“We kept that men­tality up all summer because we didn’t know what was going to happen,” he said. “They’ve come in ready to go. There were a lot of things we wanted to do when we got back from that trip back in March, and now they’re still on the books.”

Gen­sterblum said the ath­letic department as a whole is also keeping a pos­itive attitude, looking forward to what the spring semester may bring.

“We are still opti­mistic that we’ll be able to have some kind of season in the spring. Obvi­ously, that all depends on a lot of other factors that we won’t know the answer to for a while as well,” Gen­sterblum said. “We’ve done our best to try to give kids a path to some­thing here, to some kind of ath­letic expe­rience this fall, this spring, and this season.”

Head football coach Keith Otterbein said while he’s looking ahead to the spring, his team is trying to get in as much practice as they can now.

“We’re sup­posed to play some games in the spring, but that’s kind of beyond where we’re at,” he said. “We’re just trying to get a pretty good rhythm in the fall. For the next six weeks, our plan is to run and lift and try to get in as much football as pos­sible within the NCAA regulations.”

Otterbein said he’s con­fident in his players’ atti­tudes and abilities.

“We’re going to get the very most we can and gain ground over the oppo­nents that may not be adapting to adversity,” he said. “Knowing the char­acter of the kids, they’re going to be focused and be able to make quick adjust­ments to the ever-changing rules.” 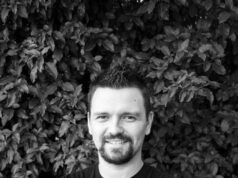 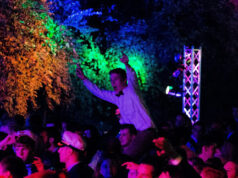