“It was the best of times, it was the worst of times. It was the age of wisdom and of fool­ishness, the epoch of belief and incredulity, of darkness and of light, of hope and of despair.”

As spring break of 2020 began, several friends and I hit the road, bound southward for the freedom and serenity of a week-long back­packing trip through Appalachia. Senior Juan Vargas Her­nandez was our driver; junior Frank Luc­chetti was our nav­i­gator and leader; senior Michael HagEstad kept us updated on the progress of this mys­te­rious Chinese virus and its effect on gas prices in the United States; while Luke Grzywacz and I, both seniors, cracked jokes about every­thing.

At the time, there still wasn’t a murmur about the pos­si­bility of a can­celled spring semester. We left our half-minded con­cerns about these reports in Juan’s Honda and embarked into the unknown and the unowned. Our boots crunched the last inch of winter snow to the rhythm of our songs and our rabble. We fol­lowed the creek and searched for a place to set up camp.

By our fire we talked about who was getting married and when, about Pres­ident Trump’s chances of winning reelection, about how our country was likely to change throughout the rest of our lives, and about where each of us might go within this country in search of hap­piness and God.

We spent our last day of igno­rance hiking 11 miles up the tallest mountain in West Vir­ginia. From the peak of Spruce Knob, the five of us descended into a world quite dif­ferent from the one we left. The ten­drils of 5G pulled us back into the jungle of mass media, where we read of empty shelves at Costcos across the country and the quar­an­tining of mil­lions of Chinese.

We spent the night in Pitts­burgh on our way back to Michigan and each called our parents. There was no toilet paper and no soap. The world was pan­icking.

On our way out of Pitts­burgh the next morning, a nice woman let us into St. Anthony Chapel after we knocked several times and waited on the steps. She couldn’t bring herself to turn away five young men from that church. We filled a cantine we bought at the army surplus store with holy water and it made the trip back to Hillsdale with us.

The next two weeks we debated whether or not to head home. Many parents were growing increas­ingly con­cerned about the eco­nomic and political con­se­quences of COVID-19. Michael made the trip to Arizona in record time, Juan took a flight back to Colombia, and Frank went back to D.C.

I decided to stay. Anyone could guess that the Silicon Valley might be one of the worst places to be through all this. Sure enough, the lockdown there was intense. At the time, all my old high school friends didn’t think it right to visit anyway, had I been home.

I missed people. I missed my girl­friend Saige. I regretted not having a real spring semester for my senior year. The con­ver­sa­tions about how innocuous this disease was for most people inspired hope at first, but after having the same con­ver­sation 10 times, the topic just became depressing. I went to every protest in Lansing. When Luke and I went together, a local news station inter­viewed us and put us on TV.

In our interview, Luke and I empha­sized that the worst part about all this was the lack of church on Sundays. This was not included in the broadcast.

I lit many bon­fires and drank a lot of whiskey with close friends on the weekends. Hillsdale seemed like a ghost town. Many people were afraid — afraid of each other, or in some cases just afraid of being seen with others. It was as if people had for­gotten how to greet each other. The elbow-bump seemed to say both far too much and far too little.

Toward the end of that strange semester, some friends and I gathered to play and hear some music. I regret that so many Hills­dalians missed Jake Rummel and Carson Waites’ last musical per­for­mance of that senior year. They played Mac Miller’s “Circles” to a group of friends at an off-campus house. This ren­dition, com­prised only of a baseline, a light melody on the guitar, and Car­son’s voice echoed in a small room lined with several class of 2020 seniors. They were sitting on the floor and leaning up against the wall with Coors Light and Moslon’s in their hands. It was a solemn occasion.

Music is meant to be shared. At this little get-together, I heard music that the whole class of 2020 should have heard together. Social dis­tancing and college are mutually exclusive. Every note my friends and I heard that night affirmed this truth. In my heart of hearts I was sad, and I loathed those plat­i­tudes about “being in this together” more than ever.

By this time, people weren’t so scared anymore and hugs went around. I made some new friends that night, as I had on many other weekends — friends I might not have met had it not been for Corona.  I realized that it had been too long since I’d seen my mother. It was time to go back to Cal­i­fornia.

I hope those who were in high school and middle school during this time were not trained to think that this kind of social life can be any­where near normal. I hope younger gen­er­a­tions won’t begin to defend these lock­downs, which will surely occur again. I was elated when the college announced that we would be holding com­mencement in July, and I enjoyed the event immensely.

If I could pass just a few words on to coming gen­er­a­tions of college stu­dents, those words would be: “This is not, and should never be, normal.” 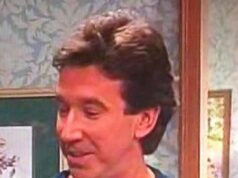 In 2020 ‘I cannot help but be grateful’ for Hillsdale