This is how Marie-Claire Morellec, former chair­woman of the French department and pro­fessor of French at Hillsdale, first greets stu­dents as they walk into her classes. Junior French major Luciya Katcher recalled the first time she arrived in one of Morellec’s classes and heard the  enthu­si­astic, sing-song voice that would even­tually con­vince her to major in French.

“I’ve always loved the lan­guage and the culture, but the stories Madame Morellec would tell us about growing up in France or how the French per­ceive our ‘American idio­syn­crasies’ really piqued my interest,” Katcher said.

Now, Hillsdale bids adieu to Morellec, who has retired after 25 years at Hillsdale College. Affec­tion­ately called “Madame Morellec” by her stu­dents, Morellec taught at the Uni­versity of Oregon for five years before the allure of clas­sical edu­cation brought her to Hillsdale.

“Hillsdale offered the pos­si­bility of having a career in teaching at a small liberal arts college, which empha­sized the teaching of the canon, as well as the ability to know and serve my stu­dents better than at a large insti­tution,” Morellec said. “I received a clas­sical edu­cation myself, studying Latin, Spanish, German, and English, as well as Lit­er­ature and Phi­losophy.  I truly believe that it is the best edu­cation one can receive.”

“Good teaching is not about pro­viding stu­dents the answers, but rather engaging them in asking the important ques­tions,” Rose said. “Dr. Morellec loved exploring lit­er­ature, history, art, and cinema with stu­dents, all through the lens of the French lan­guage.”

“She created a fun class atmos­phere that was rein­forced by con­stant encour­agement,” Rose said. “Dr. Morellec reg­u­larly orga­nized trips to Ann Arbor or Toledo for stu­dents to see French plays, operas, or enjoy a meal in a French restaurant. She has been a dynamic tour guide during the weekend trip to Paris for the past 20 summers of Hillsdale stu­dents studying abroad.”

Morellec pre­vi­ously directed the Study Abroad Pro­grams in France for  the Oregon State System of Higher Edu­cation, a program she quickly imple­mented on Hillsdale’s campus. As director of the French study abroad program at Hillsdale, Morellec orga­nized the college’s first program in Tours, France, where she’s sent more than 130 stu­dents since its founding in 1997.

“I went to France with our stu­dents every year. A won­derful expe­rience,” Morellec said.

The program is central to Morellec’s teaching phi­losophy, which encourages stu­dents to dis­cover cul­tures outside of the typical classroom setting.

“I think it’s really part of your edu­cation to see that it’s not a matter of lan­guage, rather, a matter of coun­tries and cul­tures, civ­i­liza­tions and history,” Morellec said. “The world is an amazing place. You under­stand the world better through dif­ferent cul­tures and dis­cover what everybody really wants — to have a good life.”

A native of Brittany, France, Morellec chan­neled her per­sonal expe­rience with French culture into her lessons.

“She illus­trated for us life under foreign occu­pancy, a concept of which we Amer­icans have little expe­rience,” Katcher said. “She told stories about her father pro­tecting French Jews during World War II at the expense of his own security and of her childhood trips to Saint-Malo as France rebuilt itself. To see the world through her per­spective was incredibly important to me when studying our western her­itage.”

Senior French major Joy Brower has nothing but fond mem­ories in Morellec’s classes. Through lis­tening and com­mu­ni­cating with a native French speaker, Brower was inspired to share in Morellec’s passion for under­standing dif­ferent cul­tures.

“She always asked us provocative ques­tions about the texts we read, films we watched, and history we studied,” Brower said. “I think this helped her stu­dents to think lib­erally and explore ideas about both the uni­versals and par­tic­ulars of the human expe­rience.”

Whether it was it her genuine French accent, per­sonal expe­rience with French culture, or sunny dis­po­sition, Morellec brought a certain “je ne sais quoi” to class. Her ded­i­cation to her stu­dents’ edu­cation helped make learning a new lan­guage a pos­itive endeavor.

“She was sure to sweeten our tough classroom expe­rience by bringing us French pas­tries and choco­lates to class,” Katcher noted.

Morellec’s career came to a close as Hillsdale was forced online due to COVID-19, an event she describes as like  “leaving through the back door.” Regardless, Morellec’s legacy will live on through the countless stu­dents she’s taught. 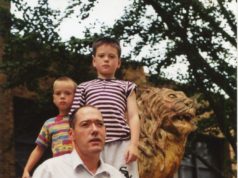 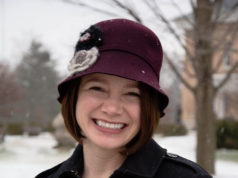