If you were raised in a household like mine, your mom probably forced you to read a book during the summer at one point or another. Or maybe, you were super smart in high school, took Advanced Placement Lan­guage, and had hun­dreds of pages of mandatory summer reading.

But, let’s be honest. Did you actually read the book, or did you just read SparkNotes?

Reading was once some­thing most of us enjoyed, but it became forced upon us at some point, whether through parental control or demanding pro­fessors, and lost its zest. It just began to feel like extra work.

After three months of quar­antine, with online learning, aca­demic reading, and thirteen episodes of Outer Banks, the last thing anyone probably wants to do is touch another book.

But books have the power to change the tra­jectory of the rest of your life. Reading can help someone land a new job, end the bit­terness after a ter­rible break-up, or give a com­pletely new purpose in life. That is the power of reading.

After a whirlwind of a semester and being ripped from a study program in Wash­ington, D.C. due to the coro­n­avirus pan­demic, I struggled with homework dead­lines and a lack of moti­vation. When classes ended, however, I forced myself to pick up a book. I read Barbara Bush’s “Pearls of Wisdom,” a col­lection of advice from a woman who spent her time as First Lady to promote literacy.

Lit­eracy is more than learning to read and write. Bush sought to prove that no matter what walk of life someone came from, the influence of wide­spread lit­eracy would teach people to be better humans, friends, stu­dents, employees, and citizens.

“I’ve talked to the CEOs of big and little com­panies, and civic and edu­cation leaders, and mayors and gov­ernors, and to stu­dents and teachers,” she said. “They’ve all taught me a great deal… And I’d like to emphasize the most important thing I’ve learned: Lit­eracy is everybody’s business. Period.”

As a family woman herself, Bush believed strongly in the power of lit­eracy to bring together the family unit, which would serve as the source of well-being for the rest of society. If only fam­ilies read together, invested in each other through quality time, and taught the virtues of old through daring stories, then maybe future gen­er­a­tions would be better off. Not only would those future gen­er­a­tions become more moti­vated, inde­pendent, and hon­orable, but they would be connected.

With the increased use of social media and tech­nology, younger gen­er­a­tions are becoming more sep­a­rated from real rela­tion­ships with the people around them, less in tune with the values that made older gen­er­a­tions inspiring, and gaining only shorter attention spans.

While social dis­tancing, I decided to FaceTime my 7th-grade cousin. She told me she was grounded from watching videos on TikTok, and said, “Because I have nothing to do at night now, I read. I don’t even remember the name of the book. I think it’s called…” Then, it hit me. Reading isn’t popular. In fact, a lot of kids don’t even think about doing it anymore. Maybe that plays some part in the fear that we feel about the next generation.

According to the Huff­ington Post, an Aus­tralian study said that 63% of kids admit they rarely read for fun. The Post also reported that “a whopping 90% of children sur­veyed in the Scholastic Kids and Family Reading Report said they would read a book that they had chosen them­selves.” Reading a book that gen­uinely interests a reader is linked with greater success rates in school, a greater incli­nation toward reading in general, and building family con­nec­tions as children read with their parents or share what they are learning from reading.

But today, it seems the current gen­er­ation of young thinkers are being taught by their screens.

According to the American Psy­cho­logical Asso­ci­ation in 2018, “In recent years, less than 20% of U.S. teens report reading a book, mag­azine or news­paper daily for pleasure, while more than 80% say they use social media every day.”

Reading is a dis­ci­pline. It’s not easy, like picking up a phone and scrolling through Instagram for hours. But the stakes and the rewards are so much higher.

Reading teaches people to remove them­selves from the rest of the world, their over­whelming thoughts and today’s problems tem­porarily in order to focus on one thing from an objective, outside per­spective. As a reader exposes himself to thoughts dif­ferent from his own, deter­mines how he would handle similar sit­u­a­tions, and learns about his place in the world, he can’t walk away from a book the same person.

Books can offer us a new per­spective. When you read a story or a biog­raphy, look at things from a dif­ferent per­spective, and even­tually ask yourself what you would have done in the same sit­u­ation, then you begin a process of self-reflection which can result in per­sonal growth. The expe­ri­ences that another went through, and its sub­se­quent wisdom and lessons, can become our own. And the per­sonal growth that results can then lead to a change in one’s home, school, com­munity, and world.

In a Russian short called “The Bet” by Anton Chekhov, two men make a bet to see whether one of the men, if sup­plied with whatever lux­uries he desires, could live in solitary con­finement — another word for quar­antine, perhaps — for fifteen years. Pro­vided only with books, fine dining, and musical instru­ments for this duration, the man con­cludes his vol­untary sen­tence by penning a letter revealing his pro­found lessons throughout his isolation.

In this letter, he tells the other man that that, although con­finement had kept him from trav­eling and phys­i­cally expe­ri­encing the world, it was through lit­er­ature, studying foreign lan­guages and art, and making music that he was able to dine with kings, fall in love, and cross natural bound­aries without leaving his room.

But what the man ulti­mately learned is that, although trav­eling, parties, and edu­cation may be part of the mem­ories that make up life, they are not what make life worth living nor remem­bering. It’s the lessons we learn from these expe­ri­ences that make those mem­ories worth­while and rich. Oth­erwise, it’s all just going through the motions. We’re only existing at that point, not living, not thriving.

So while stuck in quar­antine this summer, pick up a book and do your summer reading. It doesn’t need to be a textbook or an ency­clo­pedia, but some­thing that is gen­uinely inter­esting. Some­thing that excites you. Take a journey through those pages, and learn some­thing that will change the rest of your life.

Isabella Redjai is a George Wash­ington Fellow and a junior studying political economy. 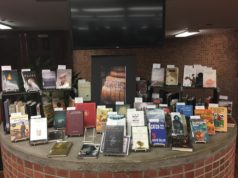 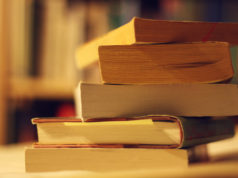