Hillsdale res­i­dents may be sur­prised when they turn their radio dial to 1340 AM or 99.5 FM and now find a local country station instead of the usual Radio Hillsdale full-service content. If they turn to 92.1 FM, however, they will still find the WCSR content they are used to.

At the end of Feb­ruary, WCSR’s new owner, Jamie McK­ibbin, split formats for the three signals, con­tinuing the full-service format on Radio Hillsdale 92.1 FM and starting a country station, called The Dale, on 1340 AM and 99.5 FM.

“Radio Hillsdale is such a staple to the com­munity with local news, but that same pro­gramming was hap­pening on three signals,” McK­ibbin said. “Radio lis­teners are only going to pick one.”

McK­ibbin said he chose to put a country music format on two of the signals because there was a need for a local country station.

“There are a lot of country music fans in the area, and it’s a really fun format,” McK­ibbin said.

Hillsdale College senior Martin Petersen, who works part-time for WCSR, said the country station is already popular. Petersen added that he was impressed with how quickly McK­ibbin was able to split the signals and create the new station.

“It was a quick turn­around,” Petersen said. “He came in, and a few days later, it was all up and running.”

McK­ibbin said several local busi­nesses have told him they are enjoying lis­tening to The Dale. Many res­i­dents, he added, have also told him it’s refreshing to have another choice.

According to McK­ibbin, The Dale still incor­po­rates the local feel of WCSR with local news and an active Facebook page. In the future, McK­ibbin said, he hopes the station can also interact with the com­munity through live appear­ances at fairs, fes­tivals, and other events.

In addition to serving a new audience, the signal split allows for more oppor­tu­nities to broadcast sports games. Before WCSR split formats for its three signals, it would have con­flicts with car­rying mul­tiple sporting events. Now, the station can increase its cov­erage of local sporting events while still car­rying Detroit Tigers games on 92.1 FM.

The split pro­vides more options for local lis­teners and also pro­vides for more oppor­tu­nities to interact with the com­munity and Hillsdale College, McK­ibben said.

“Having another signal also helps us train young people,” McK­ibbin said. “Hope­fully, we can be a spring­board for those who want to be in broad­casting at another level. I’ve only been here since Feb­ruary, but I really look forward to more col­lab­o­ration with the college in the future.” 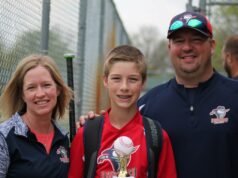 ‘He got to live his dream’”: WCSR owner dies in boating accident 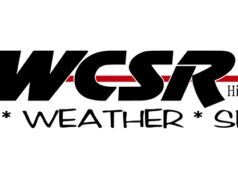