On Sunday, Pres­ident Donald Trump announced that he would extend social dis­tancing rec­om­men­da­tions through April 30 to mit­igate the spread of COVID-19, the disease caused by coro­n­avirus. It’s the right call.

The administration’s move to extend the rec­om­men­da­tions appears to be driven by alarming math­e­matical models. In a Sunday morning interview on CNN’s “State of the Union,” Dr. Anthony Fauci, America’s top infec­tious disease expert, pre­dicted that the out­break could claim  between 100,000 and 200,000 lives in the United States alone — even if mit­i­gation mea­sures remain in place.

The pres­ident echoed Fauci’s pre­dic­tions during a White House press con­ference Sunday evening. If the U.S. can limit COVID-19, deaths between 100,000 and 200,000, he explained, his admin­is­tration would “have done a good job.”

The scale of these numbers is stag­gering. During the 2017 – 18 flu season, the Centers for Disease Control and Pre­vention reported an esti­mated 80,000 flu-related deaths — a record for the highest number of deaths from flu. COVID-19 could easily surpass that record.

Given the enormity of these numbers, it’s important to take a step back and evaluate the chal­lenges our country is cur­rently facing, as well as the inno­va­tions that can help the U.S. fight the disease.

The biggest chal­lenge the U.S. faces is a growing number of major disease clusters.

New York remains the epi­center of the out­break in the U.S. With almost 84,000 cases and nearly 2,000 deaths, the state has roughly 7,000 more cases than Germany — home to the fifth largest out­break in the world — and about twice as many deaths.

But disease clusters are emerging in other states as well. New Jersey has reported some 22,000 cases. Cal­i­fornia, Illinois, Michigan, Penn­syl­vania, Mass­a­chu­setts, Florida, and Louisiana have reported at least 6,000 cases each. And as of last week, the cluster in New Orleans had the highest death rate in the world.

As the virus con­tinues to spread, major clusters will con­tinue to emerge in other urban areas across the country.

Another issue the U.S. faces is an increas­ingly-strained healthcare system.

COVID-19 has taken a heavy toll on America’s healthcare infra­structure. Doctors and nurses, working around the clock in warlike con­di­tions, deserve the utmost praise for their efforts to fight the disease.

But there’s hope. Both domestic and foreign com­panies are making progress on ther­a­peutic drugs to treat the virus, while inno­va­tions in testing might allow health offi­cials and pol­i­cy­makers to fine-tune their response.

On Sunday, the U.S. Food and Drug Admin­is­tration autho­rized a new COVID-19 test that can detect cases within minutes. Abbott Lab­o­ra­tories, the test’s pro­ducer, plans to supply some 50,000 tests per day beginning this week, sig­nif­i­cantly bol­stering the nation’s testing capabilities.

Wide­spread sero­logical testing is a must-have for two reasons. First, since many cases involve mild to no symptoms, ascer­taining the true scale of the out­break requires testing even those who don’t display symptoms. Second, detecting which healthcare workers are immune to the virus is crucial to pro­tecting those on the front lines.

And, on Sunday night, the FDA also issued emer­gency-use autho­rization for chloro­quine and hydrox­y­chloro­quine, two anti-malaria drugs that some have touted as a potential ther­a­peutic for COVID-19. Pro­ducers have donated mil­lions of doses the U.S. Strategic National Stockpile.

Our country will face many major chal­lenges in the coming weeks. But Amer­icans are nothing if not resilient. Together, we can weather this storm for a few more months, if necessary.

Efforts to limit the spread of the disease aren’t limited to the federal gov­ernment. By observing state and federal social dis­tancing guide­lines, we can all play a part in fighting COVID-19. 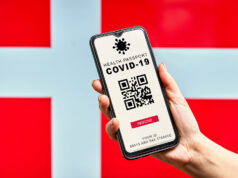 Hillsdale applications up 56% from last year 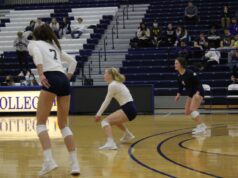