Thank you Russia and Saudi Arabia for pro­viding the glut in the oil market that has saved me gas money for the past month. But, hope­fully that glut in the market will shrink now that OPEC and Russia have made a deal to cut oil pro­duction.

On April 12, with extreme U.S. pressure (bor­dering on aggression) Saudi Arabia, Russia, and other affil­iates struck a deal to make the biggest oil pro­duction cuts in history. This slows the brutal price war between OPEC and Russia. North American oil pro­ducers are still reeling, however, and market demand is incredibly unpre­dictable. The market is still being dodgy, at best.

The oil price war began in March after the mounting panic over the coro­n­avirus pan­demic caused a massive col­lapse in demand on oil. With the global demand falling, OPEC held a summit on March 5 and agreed to cut oil pro­duction by an addi­tional 1.5 million barrels per day. Saudi Arabia, acting as the rep­re­sen­tative of OPEC, told Russia, leader of the non-OPEC oil pro­ducing coun­tries, to follow the decision of the summit. Russia rejected this decision, which led to a dispute and breakup in com­mu­ni­cation between OPEC coun­tries and Russia trig­gering a price war.

Since Russia would not abide by OPEC’s decision to cut pro­duction, Saudi Arabia’s Crown Prince Mohammed bin Salman decided to open Saudi’s taps and flood the market with oil. Russia fol­lowed Saudi Arabia’s lead and did the same.

This led to a glut in the market and a free fall in oil prices. U.S. oil prices fell by 34% while crude oil dropped by 26%. Oil futures plum­meted 31% within minutes, which was fol­lowed by investor panic that led to further selling across risk assets. Coupled with the broader coro­n­avirus panic, this caused a stock market crash.

While Amer­icans loved that gas prices sud­denly dropped under $2 per gallon — prices we haven’t seen since 2002 — it left the stock market gasping for breath. The declining market and the fight for control over oil prices wrecked American oil pro­ducers and threatened America’s energy inde­pen­dence. The fall in demand coupled with Russia and OPEC coun­tries flooding the market led smaller oil firms in Texas and Canada to shut in thou­sands of oil wells and stop pro­duction until at least May.

“We’ve never done this before. We’ve always been able to sell the oil, even at a crappy price,” Jim Wilkes, pres­ident of a Fort Worth firm, told the Wall Street Journal.

American oil tycoons pleaded with Trump at the beginning of the price war to embargo oil exports from Saudi Arabia, Russia, and other OPEC affil­iates in order to support the American oil sector and keep many of its firms from going bankrupt. And on April 12, after Trump pres­sured Russia and Saudi Arabia, the OPEC cartel announced that it would cut 9.7 million barrels per day in pro­duction through May and June. This is equiv­alent to about 10% of the global supply, and OPEC said it will con­tinue with market reduc­tions until April 2022 in order to sta­bilize the suf­fering global crude market.

This is the largest cut ever made in the oil market, which the U.S. was aggressive in bringing about. And the initial market reaction to the deal was great as West Texas Inter­me­diate, the US benchmark, jumped as much as 8.7%. The prices did swing back down the next day, but the initial jump was promising.

Christi Craddick, a reg­u­lator from the Texas Railroad Com­mission (which reg­u­lates oil in Texas) praised Trump for playing hardball to protect the American oil sector.

“[His] aggressive actions and con­tinued engagement to bring Saudi Arabia and Russia to the table to reduce global oil pro­duction was crucial to defending the domestic energy industry,” Craddick told the Wall Street Journal.

Though the initial reaction to the inter­na­tional deal and the massive slashes was pos­itive, investors are still con­cerned that the cuts will not be big enough because of such low demand worldwide. With the coro­n­avirus putting the world on lockdown, there is hardly any demand for gasoline, diesel and jet fuel. Though OPEC coun­tries agreed to cut pro­duction by 9.7 million barrels per day to address the glut in the market, pre­dic­tions are calling for oil con­sumption to fall by as much as 30 million barrels a day this month.

But with so much unpre­dictability in the market, it’s simply too hard to predict demand. Now that Trump has exerted his influence over the global oil market, some might argue that he should be pre­pared to again pressure OPEC and its affil­iates to make further pro­duction cuts. After such bold and aggressive moves to get the April 12 deal done, Trump really does hold the reins on global oil pro­duction. As Helima Croft at RBC Capital Markets said, “Trump essen­tially became the de facto OPEC pres­ident.”

But now that a deal has been struck between OPEC, Russia, and the United States, it’s time to leave oil pro­duction alone and let demand sort out the supply. That’s not to say the April 12 deal was a bad idea. We needed to stop Russia and Saudi Arabia’s massive flooding of the market, not just to save the American oil sector, but to keep the world from running out of storage space for oil that wasn’t being bought: Before pro­duction was decreased, Houston’s Simmons Energy ana­lysts pre­dicted that with such lop­sided supply and demand, the world would run out of places to store oil pro­duc­tions in about 60 days. And investors pre­dicted that if oil inven­tories had been built up much more, then prices would have crashed globally and hit the markets once again.

“This restrains the buildup of inven­tories, which will reduce the pressure on prices when nor­mality returns,” Daniel Yergin, vice chairman of IHS Markit, told the Wall Street Journal.

But now that pro­duction has been cut, the market needs to be left alone to realign supply and demand. This will take time because the world is going through an unprece­dented crisis with COVID-19 that is leading to extreme drops in demand. But, if left alone, the market will even­tually sort itself out. The April 12 deal was a nec­essary measure, but it can’t turn into a habit, or the market will stop being able to nat­u­rally adjust itself and price wars like this one will become more fre­quent. And the broader global economy simply cannot sustain price wars.

$1.31 gas prices are nice, but a global economy that is not in shambles is much pre­ferred.

Abby Liebing is a senior studying history. She is the asso­ciate editor of The Col­legian and a columnist on foreign pol­itics. 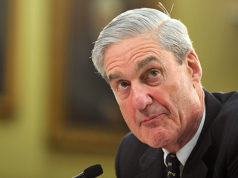 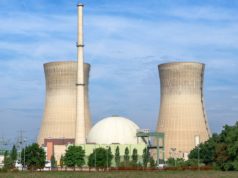 Letter to Editor: The U.S. should not be selling nuclear reactants to Saudi Arabia