Res­i­dents of Hillsdale County will face two big issues on the March 10 ballot: the pres­i­dential pri­maries and a millage for the Hillsdale Inter­me­diate School Dis­trict.

Interim County Clerk Michelle Loren said voters can choose to vote in either the Demo­c­ratic or Repub­lican pres­i­dential primary as well as on the millage, or on the millage pro­posal alone.

Voters will decide on whether to approve the Hillsdale ISD millage that will increase funding for career and tech­nical edu­cation through the Hillsdale Area Career Center. The CTE millage is cur­rently set at 0.89 mill, according to Jamie Mueller, prin­cipal and CTE director at HACC. The request on the ballot would increase the millage by 0.6082 mill, for a total of just under 1.5 mill.

According to Mueller, funding for CTE was cut at the federal and state levels over the last few years. Because of this, she said, HACC has had to rely more on funding from millages. The current millage of 0.89 is sub­stan­tially lower than the CTE millages for Branch, Lenawee, and Jackson counties. This millage increase would help sustain current pro­grams and bring equipment up to industry standard, Mueller said.

“This would allow us not to have to cut pro­gramming for the 30% of 11th and 12th graders that attend these pro­grams in our com­munity,” Reehl said.

“Simply, we collect less taxes because we have a smaller tax base, and we levy a much lower millage rate,” she said in an email. “With the sub­stantial cuts in funding, we can no longer sustain the CTE pro­grams we cur­rently are pro­viding, not without the tax­payers’ help.”

Oper­ating on a tighter budget means only being able to provide basic ser­vices to stu­dents, she said, adding that tech­nical edu­cation is most effective when groups have “equipment that is up to industry standard.”

On the ben­efits of HACC for stu­dents, Mueller said stu­dents can attend for half a day to gain expe­rience and cre­den­tials in pro­grams such as welding, health sci­ences, engi­neering, and criminal justice. These oppor­tu­nities are open to all stu­dents in the county, she said. The cer­ti­fi­ca­tions stu­dents receive are rec­og­nized in the industry, allowing them to find employment in their field imme­di­ately, Mueller said.

“Each instructor is an expert in their field and comes from the industry related to the program they are teaching,” she said. “This brings valuable, real-world knowledge into the classroom.”

CTE is a benefit for stu­dents, she said, in that it gives them the oppor­tunity to “be immersed in a pro­fession and get a leg up on the next phase of their life.” The pro­grams allow stu­dents to get hands-on expe­rience in a career before deciding what they will do after high school. Mueller said these pro­grams are good for local busi­nesses in the county, as they create a pipeline of future employees.

“The more we can grow that pipeline, the better for Hillsdale County,” Mueller said. “We want kids to gain expe­rience and ulti­mately choose to live in Hillsdale County, whether they make that choice right after high school or after pur­suing post-sec­ondary edu­cation and training.”

Mayor Adam Stockford said res­i­dents should make an effort to vote in every election, espe­cially when millages are on the ballot.

Stockford also said the issue of funding for skilled trades training is important for Michigan voters in general. There are other ways for trades training to receive funding, but Stockford said this con­tin­ually gets brushed aside. The frus­trating thing, he said, is that state leg­is­lators and the governor’s office rec­ognize a shortage of skilled trade workers, but they still give increases in funding to public uni­ver­sities, who go on to raise tuition prices.

“The state is directing some funding to skilled trades, but it’s telling people that it should be done locally. Mean­while, locally, all the high schools are telling kids that college isn’t for everyone, that what we need is more skilled trade workers,” Stockford said. “You watch the state give huge increases to public uni­ver­sities that have no skilled trade pro­grams. More money than ever is going to places like the Uni­versity of Michigan and Michigan State Uni­versity. Rural areas are scram­bling and having to go to voters once again.” 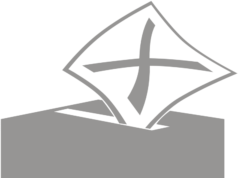 Residents to vote May 7 on fire department millage proposal 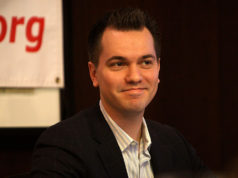 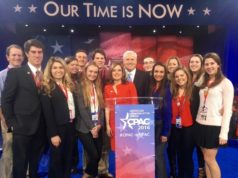