Imprimis isn’t just the name of a Hillsdale College pub­li­cation.

There’s another — but you won’t find this one in a mailbox. Trek down to the horse race­track in Ocala, Florida and meet Imprimis, a thor­oughbred race­horse, one of the fastest in America.

“Imprimis actually means ‘first on the list,’ and I named him after Hillsdale because I love Hillsdale, and it did great things for me,” Craig Wheeler, Hillsdale alumnus ’78 and Imprimis’ breeder, said.

Wheeler began his thor­oughbred man­agement career right after grad­u­ating from Hillsdale, where he studied phi­losophy and eco­nomics. He always knew he would go right back to the “horse thing.”

“On my way to the milk store, I would beg my mom to stop so I could run to the riding rink at riding school,” Wheeler said. “Years later, I would clean up the stalls so I could be around the horses. I read every book on horses. It was just me. It didn’t come from my family.”

While studying at Hillsdale, he owned a horse and worked at horse farms in Vir­ginia during the summer. After grad­u­ation, the Irish National Stud became home for a year — a top-class graduate school for thor­oughbred race horse farm man­agement with a 3% accep­tance rate.

Two Amer­icans got in that year. Wheeler was one of them.

Twenty-five dollars a week. That’s how much each student earned at the Irish National Stud. John O’Meara, longtime friend of Wheeler and now owner of Mile­stone Farm in Lex­ington, KY, said the days con­sisted of chowing down quick meals, working long days out in the farm, and sitting in one lecture each day.

“One day it could be on the quality of feed, lec­tures on how to take care of the horses, how to feed them, how to take care of their feet,” O’Meara said. “They’d be showing us how to present the horse for sale, how to walk the horse, how to make it look good, and the work that it took. There would be a vet­eri­narian who would come in and give us a lecture on vac­ci­na­tions, for example.”

Wheeler came home one year later and became the assistant manager at Hobeau Farms, one of the largest thor­oughbred farms in Florida. Twenty years later, he started his own.

Wheeler’s farm is an anomaly. While most farms focus on one spe­cific area — training, selling, racing, or breeding — Wheeler does all four. With 20 breeding mares, 30 horses in training, and 15 horses up for sale, Wheeler runs a family oper­ation with more than 60 head total horses and 20 outside client horses.

“We prefer to sell them as two-year-olds, but it’s time-con­suming,” Wheeler said. “If you can come up with one that can have great times on the track, this war­rants them being looked at as a really, really good horse, and the oppor­tu­nities are lim­itless. The top end of the market can sell through the roof, and the lower end is weaker. It’s a very bipolar industry.”

The more horses, the greater the prob­a­bility of raising a champion, Wheeler said.

That’s how Imprimis came along.

“He had an injury early on and he missed the sales, but we kept giving him plenty of time, and I knew we were going to have to race him because we already missed all the sales,” Wheeler said. “Then I named him. He won his first two races so easily, and we were in business. The beauty of it is, I sold him to good friends of mine, and I’ve gotten to enjoy his success all along the way.”

His current owner, Mike Hall, friend of Wheeler and owner of Breeze Easy farms, said he knew Imprimis would be a good horse pri­marily because of his trust in Wheeler.

“First of all, Craig wasn’t even at the sale, but I just bought the horse,” Hall said. “I knew Craig never would have sold me a bad horse. He’s just not that type of person. He’s like a legend. And on top of all that, he’s a hard worker. This guy goes from day­light to dark and then some. He just doesn’t quit, and I trust him so I knew this would be a good horse.”

It’s a horse that’s won seven races so far and more than $440,000 in prize money. He’s traveled the world, from fin­ishing third in the Fountain of Youth race, a prep race for the Ken­tucky Derby, to racing in front of The Queen of England in the Royal Ascot. He fin­ished fifth, only a little more than three lengths behind Bat­taash —  the world’s top rated sprinter for 2019.

It’s been two years of sur­prises, and some of the very best, Wheeler said. Imprimis proved everyone wrong at the Shak­ertown Stakes in Ken­tucky. After picking Wheeler up in his private jet and enjoying cock­tails in the sky, Hall and the team arrived at the races. The gates opened, and Imprimis fell straight to his knees.

Their cel­e­bration lasted late into the night, but they were high on excitement for days, Hall said.

“There’s nothing like a win in a big race,” Hall said. “It’s an unbe­lievable feeling. I don’t know what more to say. It was like a dream come true, and the biggest thing. With a horse falling, you don’t know if he’ll even place, but he won.”

Imprimis won’t opt out of his worldwide travels anytime soon, and neither will Wheeler.

“You don’t ever really retire from it,” Wheeler said. “They say, ‘every time you have a new crop of two year olds, you’re always dreaming because there’s always a champion.’”

And though his Hillsdale chapter fin­ished more than 30 years ago, Wheeler still flips back to it. He says he’ll carry — and has carried — his edu­cation through his entire career.

“It’s the most simple thing I learned,” Wheeler said. “But it’s this: If there’s a will there’s a way. No matter what obstacle you come out of in life, if there‘s a will to get past it, you can … If you really believe in it, it works.” 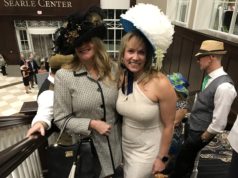 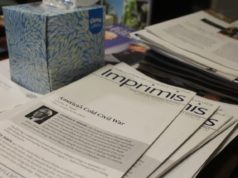 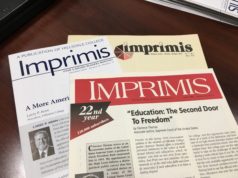