On Jan. 24, 2020, the Pres­ident of the United States stood before the March for Life and, con­trary to his past and his rep­u­tation, he rec­og­nized women across America with dignity and rev­erence:

“You make it your life’s mission to help spread God’s grace. And to all of the moms here today, we cel­e­brate you and we declare that mothers are heroes. That’s true. Your strength, devotion, and drive is what powers our nation. And because of you, our country has been blessed with amazing souls who have changed the course of human history.”

On Sunday, Shakira and Jen­nifer Lopez were given the great honor and spot­light of rep­re­senting Latina and American wom­anhood at the Super Bowl halftime show. Rather than cel­e­brate the heroism of moth­erhood, the women stood before mil­lions of spec­tators and delivered a message that a woman’s worth can be reduced to sexual appeal.

The show received mixed reviews. Those who enjoyed it acclaimed that it was the “best and sexiest show in history,” while those who dis­agreed found it objec­ti­fying and offensive.

Whichever camp one’s opinion falls into, there are some bipar­tisan facts everyone can agree upon. First, it was a fitting idea to cel­e­brate the Latin culture of Miami with two Latina per­formers. Sec­ondly, the show was not family friendly. Thirdly, the Super Bowl is linked to a spike in pros­ti­tution and traf­ficking every year.

Given the fairly-fresh national awareness of this spike in traf­ficking, many details of the per­for­mance were dis­tasteful and offensive to victims of sexual abuse.

Take, for example, Shakira’s belly dancing while sim­u­lating being tied up with a rope. Regardless of whether or not it is con­sensual or attractive, tying a woman up gravely dis­orients a moment of physical intimacy from its nec­essary emo­tional intimacy and mutual respect for the other person.

Or con­sider the white-gowned girls spread across the field in cages. This was intended to be a subtle political statement on the con­di­tions at the southern border. There’s a reason why it’s natural to see a bird in a cage, and dis­turbing to see a person: human dignity makes us dif­ferent. While this could have been a pow­erful tes­timony to human dignity and natural law, the statement was squan­dered on a few thoughtless mis­takes. For example, the racy dancing, which dis­tracted from the intended message of the cages, hinted at val­i­dating the sexual exploitation of women and children.

Perhaps a co-ed selection of children would have elim­i­nated the con­fusion, con­sid­ering the border crisis in question bears no cor­re­lation to the sex of the immi­grant. But dozens of young girls running onto the stage at the end of a decidedly adult per­for­mance had parents every­where shud­dering.

The moment that stands starkest in my mind is Jen­nifer Lopez’s duet with her daughter, Emme. Eleven years old and dressed in white, she danced and sung next to her half-nude mother. Parents are the primary edu­cators of their children, and it is their duty and priv­ilege to do so. On Sunday evening, Lopez taught not only Emme, but also the mil­lions of impres­sionable ado­lescent girls across America, a lesson. They will be told that those two women are the image of lib­erated, happy, and empowered wom­anhood.

But that empow­erment was based on partial nudity and pole dancing — a sorry def­i­n­ition of what it means to be empowered.

As Pres­ident Trump remarked two weeks ago, mothers are heroes of strength, devotion, and drive. Women should be reminded of the many ele­ments that are innately her, which are much more than skin deep.

By our example, we should cel­e­brate a dif­ferent def­i­n­ition of empow­erment than the one this year’s halftime show rep­re­sented. Let us be examples to our daughters, nieces, and little sisters that women are empowered by their integrity, courage, strength, virtue, and hap­piness. And may we never cast a shadow of false ful­fillment on the ones looking up to us. 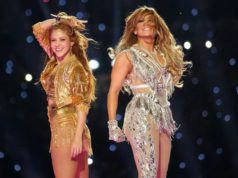 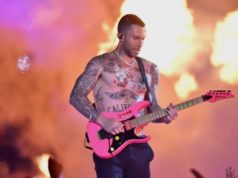 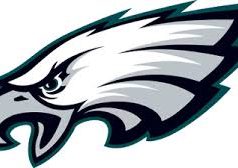 Fly, Eagles, Fly: The Eagles will win the Super Bowl