Hillsdale faculty applauded and crit­i­cized aspects of Pres­ident Donald Trump’s State of the Union speech, as well as Democrat reac­tions.

Trump spent much of Tuesday night pointing to American history and claiming that America is stronger and better than it has ever been. He also touched on themes of Man­ifest Destiny and the last frontier.

“This is our glo­rious and mag­nif­icent inher­i­tance,” Trump said. “We are Amer­icans. We are pio­neers. We are the pathfinders. We settled the New World, we built the modern world, and we changed history forever by embracing the eternal truth that everyone is made equal by the hand of Almighty God.”

Trump also invited various guests from across the country to sit in the gallery during his remarks. Trump sent a message for the Venezuelan people home with legit­imate Venezuelan pres­ident Juan Guaido. He also honored former Tuskegee Airman Brigadier General Charles McGee, and con­ser­v­ative radio talk show host Rush Lim­baugh was sur­prised with the Pres­i­dential Medal of Feedom.

Pro­fessor of Rhetoric and Public Address Kirstin Kiledal said that while some of Trump’s invi­ta­tions became inspi­ra­tional moments, others felt forced.

“He had a couple of inspi­ra­tional moments that took us back to Reagan. Most notable was the 13-year-old child who wanted to join the Space Force and his great-grand­father who was a member of the Tuskegee Airmen,” Kiledal said. “That dealt with our national values, national mission, and values that Trump is trying to move forth. It created a higher calling than simply the defensive mech­a­nisms of the mil­itary. That was beau­tiful.”

Kiledal also cited the pre­sen­tation of Lim­baugh with the Pres­i­dential Medal of Freedom and the message to all of Venezuela through rightful pres­ident Guaido as inspi­ra­tional moments. She said, however, that the bringing home of the ser­viceman to his family appeared con­trived.

“It seemed more staged and more of a political moment,” she said. “It stopped having a direct tie. There didn’t seem to be a genuine authentic link

between the President’s actual message and subject matter and the bringing of the man home at the moment.”

Pro­fessor of History Bradley Birzer said that her actions will go down as a critical moment in history.

“For her to do that, I think it’s incredibly dan­gerous,” Birzer said. “It gives jus­ti­fi­cation to vio­lence because it was such a violent act to do that. I think it legit­imizes division in a way that a republic just can’t have.”

The White House called out Pelosi for her actions in a tweet Tuesday night.

“Speaker Pelosi just ripped up: One of our last sur­viving Tuskegee Airmen. The sur­vival of a child born at 21 weeks. The mourning fam­ilies of Rocky Jones and Kayla Mueller. A service member’s reunion with his family. That’s her legacy,” the tweet said.

As for the address itself, assistant pro­fessor of pol­itics Adam Car­rington said that the speech is a victory for Trump espe­cially con­sid­ering the current turmoil in the Demo­c­ratic party.

“From what I’m hearing, people are saying it’s one of the more effective speeches he’s given,” he said. “And, this is in some ways his launch of his reelection cam­paign, so I think com­pared to what’s going on in Iowa, it’s cer­tainly pos­itive for him. The way the speech has been received as a com­parison to what’s going on in Iowa is very good optics as they call it.”

Michigan Gov. Gretchen Whitmer  gave the Demo­c­ratic response to Trump’s address just minutes after he con­cluded in D.C. Whitmer addressed a crowd of Michigan cit­izens at East Lansing High School, where her speech was broad­casted. Her speech mostly focused on the economy and improving infra­structure.

“During my cam­paign, people told me to fix the damn roads, because blown tires and broken wind­shields are down­right dan­gerous, and car repairs take money from rent, child care or gro­ceries. And we, the Democrats, are doing some­thing about it,” Whitmer said.

Kiledal said that Whitmer’s response effec­tively reached her party’s base in Michigan and around the country. But Kiledal also said she doesn’t think that Whitmer’s focus on the actions of Democrats was suf­fi­cient.

“It didn’t have an end. What is the end you’re trying to take us to? Donald Trump had an end. It was one of prin­ciples and values, using the concept of American comeback and moving forward into the American frontier,” she said.

On Tuesday night, the Michigan Repub­lican Party released a statement in response to Whitmer claiming that the Gov­ernor was placing par­tisan pol­itics over the best interests of the nation.

“Tonight, Gov­ernor Whitmer’s State of the Union response was as empty as the pot­holes her broken promises have failed to fill,” the statement said. “While Pres­ident Trump’s lead­ership has led to his­tor­i­cally low unem­ployment, tens of thou­sands of new jobs, and bil­lions in new investment here in Michigan, Gov­ernor Whitmer has modeled herself after the do-nothing Democrats in Wash­ington.”

Reporters Vic­toria Mar­shall and Ben Wilson con­tributed to this report. 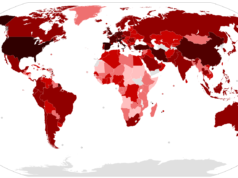 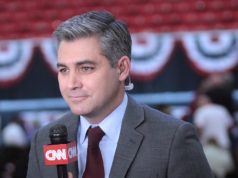 The Weekly: Reporters should stop picking fights and start telling the truth