Whether it’s tossing a paper plate in the Olds lobby with res­i­dents, or always saying hi and asking how the day is going, Olds House Director Linda Gravel, com­monly known as “Mama G” will be missed when she leaves Feb. 28.

Gravel, who is orig­i­nally from the Troy, Michigan area, is moving back home to be closer to her daughter and grandkids.

“I have a couple grandkids there still playing sports and I’m missing all their games,” she said.

Gravel came to Hillsdale six years ago and has loved being the house director at Olds.

“It’s good to watch the girls grow. To watch you guys grow and become young ladies and young men and it’s great to see you mature and what you’re going to be,” Gravel said. “Makes me have more hope in this world and how it’s going to be with you guys being so smart and level headed, most of the time.”

Living in a freshman girls dorm, Gravel does have plenty of stories of student shenanigans that she looks back on and laughs at. One year she had a group of girls living near the back of the dorm that she thought were quiet and didn’t get out much until one night she found them on the Olds roof.

“I look up and I see feet going by,” Gravel said. “Deep down inside, after I rep­ri­manded them a little bit, I was glad they did that because it got them out of their box. A lot of times kids would come here and they would be so rigid so it was good to see them get out of the box a little bit and do some­thing a little adven­turous.”

And as Olds res­i­dents will tell you, Gravel loves goofing around with the girls.

Freshman Eliz­abeth Oxaal said that the other night when she went back to Olds she found Gravel in the lobby with a paper plate and so they began tossing it around like frisbee.

“Its moments like these that help me appre­ciate Mama G and her presence in Olds and she’s just such a fun-loving gal,” Oxaal said. “And living on her hall is awesome because she sees all our weird shenanigans and joins in.”

Gravel is also famous among her res­i­dents, past and present, for how well she takes care of the girls.

“She really takes care of everyone in the dorm super well, espe­cially the RA team, she does a lot of things for us that she doesn’t have to do,” sophomore and Olds res­ident advisor Greta Dorn­birer said. “She always brings me and Julia snacks and remembers your favorite snack. And every time she goes to Walmart she picks some­thing up and leaves it outside your door.”

Her res­i­dents are sad to see her go but also excited for Gravel to be back near her family.

Junior and Olds head RA Julia Pletan has loved having Gravel as the house director and will miss how Gravel would grab her by the arm just to stop and ask her how the day is going. But she knows that Gravel is excited to be moving back home.

“Because she’s so excited it’s really easy to be excited for her,” Pletan said.

Gravel said that she is eager to get back to living not just near her family but also in a busier, more fast-paced area than Hillsdale.

“I was getting too docile here,” Gravel said.

When she moves back home, Gravel will be working three days a week at Sunrise Senior Living as a concierge.

“It’s an older com­munity so I’ll be going from young to old and it’ll be fun,” Gravel said.

But there are things Gravel will miss about the Hillsdale com­munity.

“I’ll miss the hugs and the com­radery of you guys and the kindness that is in this place.”

In honor of her departure, the res­i­dents of Olds are hosting a going away party for Gravel on Feb. 14, because after all, as Oxaal said, “Mama G is the life source of Olds.” 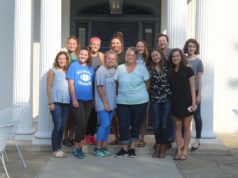 Unsung Heroes of Hillsdale: The Mother ‘Jen’ of Kappa 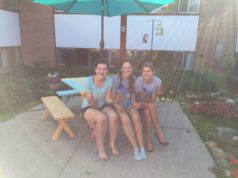 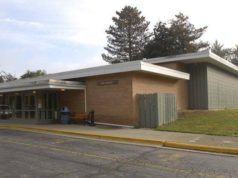 Give Olds a phone booth