Although the budget cuts seem to be a com­plete reversal of the administration’s pro­fessed support for school choice, the fact that charter schools would no longer receive specif­i­cally allo­cated money from the federal gov­ernment doesn’t mean that they’ll no longer be funded. It just means that they would be funded in a dif­ferent way.

Charter schools, which are pub­licly funded but pri­vately run, have received federal dollars through the Federal Charter Schools Program since 1994, according to the Wash­ington Post. The pro­posed budget would effec­tively elim­inate this program, instead lumping money for charter schools into block grants ded­i­cated to edu­cation.

The block grants, which are about $20 billion each, would be given to the states to spend as they see fit. U.S. News reported that the block grants would also include money for school safety, teacher training, arts and civics pro­grams, and more.

According to a White House budget doc­ument, the goal of con­sol­i­dating fed­erally-funded edu­cation pro­grams into block grants is “to give States and school dis­tricts the flex­i­bility to better meet the needs of their stu­dents and fam­ilies, elim­i­nating Federal intrusion into State and local edu­cation systems.”

This statement demon­strates the administration’s belief that state and local gov­ern­ments have a better idea of what their stu­dents need than the federal gov­ernment does. And in the wake of failed national ini­tia­tives like Common Core and No Child Left Behind, they have a point.

According to the Wash­ington Post, some charter school leaders fear that if the choice to fund charters is left up to the states, their schools will receive little to no money.

However, state gov­ern­ments are more accountable to their con­stituents, and the growing pop­u­larity of charter schools implies that parents will be clam­oring for more charters. In fact, the per­centage of stu­dents attending charter schools in the U.S. more than tripled from two to seven percent between 2000 and 2016, according to the National Center for Edu­cation Sta­tistics.

Giving states the ability to choose how much money they want to ded­icate to charter schools will benefit stu­dents by increasing com­pe­tition. According to a 2018 Forbes article, an analysis of stan­dardized test scores in major cities during the 2015 – 2016 school year showed that charter schools con­sis­tently out­perform tra­di­tional public schools.

Fam­ilies who want the best edu­cation for their children will be attracted to states that ded­icate more funding to charter schools, while states that choose to sup­press charters will have to compete.

The budget also includes a pro­posal to create Edu­cation Freedom Schol­ar­ships for K‑12 stu­dents. According to the same White House budget doc­ument, these schol­ar­ships would amount to “$5 billion annually in State-designed schol­arship pro­grams that could support a range of edu­ca­tional activ­ities such as Career and Tech­nical Edu­cation, special edu­cation ser­vices, and tuition for private school.”

Reason reported that the program pro­vides tax incen­tives to people who donate to the Edu­cation Freedom Schol­ar­ships. Through the EFS program, stu­dents would have greater school choice and potential donors would be encouraged to invest in stu­dents’ success.

Ashley Kaitz is a sophomore studying history. She is the assistant fea­tures editor of The Col­legian. 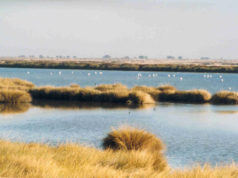