In the past two weeks, four local schools have tem­porarily closed, largely due to influenza making its way through Hillsdale County.

“Influenza B has been the main strain that has gone on so far this season, which is opposite of how the season typ­i­cally goes,” Holland said. “Usually, the season goes from the A strain to the B strain.”

Holland said the reason that the B strain is more prevalent this season is because it is the same strain that showed up at the end of last year, meaning that the current strain was not part of the vaccine admin­is­tered for this season.

Younger children are more sus­cep­tible to the B strain, and they often pass the virus on to their parents, according to Holland. He added that once one child is infected, the virus spreads quickly through schools, because children do not often practice good hygiene.

“The schools have done very well making the decision to close, therefore keeping the ill children away from others who may not have it to help rid the envi­ronment of illness and then getting the oppor­tunity to san­itize the building,” Holland said. “The schools’ deci­sions to close have kept numbers lower than if they had not closed.”

“Some­times that peak is like a little bit earlier and some­times a little bit later, but it’s gen­erally in the winter months,” Johnson said. “We’re probably close to or around the peak.”

Johnson added that peak season typ­i­cally occurs in the winter months because more indi­viduals are in close contact with one another.

“They’re just more likely to get a trans­mission event when you do have that closer contact,” Johnson said.

Johnson added that he’s noticed an increase in Hillsdale College stu­dents missing class due to illness.

Linda Snoes, staff assistant for health ser­vices at Hillsdale College, said there have been about 40 con­firmed influenza cases among college stu­dents.

“Most of them have been influenza B,” Snoes said.

Among local school dis­tricts, North Adams-Jerome Public Schools closed on Jan. 31 and Feb. 3 – 5 due to more than 75% of the student pop­u­lation calling in sick due to flu-like symptoms.

Wes Johnson, the super­in­tendent and prin­cipal of North Adams-Jerome, said the total student body pop­u­lation is 309, and 5 – 10% of stu­dents had stayed home in the days leading up to closing.

“Ele­mentary def­i­nitely had the most ill­nesses, with first grade having the highest number of stu­dents ill,” Johnson said in an email.

Johnson added that there is no state law requiring schools to close if a certain per­centage of stu­dents are absent, but “if more than 25% of your stu­dents are absent, you cannot count the day, and must either use one of your Act of God days, or make up the day on a non-scheduled school day.”

Although this has been an “unfor­tunate sit­u­ation,” Johnson said he hopes the school can resume class today, Feb. 6.

Will Car­leton Academy was among the first schools to close due to illness, can­celling classes on Jan. 23 and 24, and con­tinues to tell parents to keep stu­dents home until they are fever-free for 24 hours.

According to Carla Stewart, admin­is­trative assistant at Will Car­leton Academy, there were 30 stu­dents who missed school due to illness on Tuesday, Jan. 21, fol­lowed by 30 on Wednesday, Jan. 22. She said the admin­is­tration decided to cancel classes due to the increase in sick children.

“Our numbers got high enough that we felt it was prudent to let everyone stay home and heal, stop spreading the germs,” Stewart said. “And it did help. There is still illness out there, but our numbers are not dan­ger­ously high.”

Will Car­leton has a total student pop­u­lation of 282 stu­dents, and Stewart said every grade level was impacted by the illness. She added that the eighth grade and second grade classes seemed to have the highest number of stu­dents with illness.

The admin­is­tration at Hillsdale Preparatory School also chose to cancel classes on Jan. 23 and 24 due to illness, according to Admin­is­trative Assistant Melody Hen­thorne. With a student pop­u­lation of 98, more than one-third of stu­dents missed school on Wednesday, Jan. 22.

“When we get into the 30 to 35 mark, that’s a large number for us; we’re pretty small,” Hen­thorne said. “We were affected really school-wide. Our fourth grade was hit the hardest. But we did have con­firmed influenza A and B cases from every grade.”

Prior to closing on Wednesday, Hen­thorne said stu­dents were sent home with infor­mative flyers from the health department about flu symptoms and treatment options.

“I would say we’re back to good standing,” Hen­thorne said. “On Monday, we had eight or nine kids out, but those numbers are typical for flu season.”

Hen­thorne added that the staff is working hard to keep things clean and encour­aging parents to san­itize their student’s belongings.

“Our cus­todian works really hard,” Hen­thorne said. “She was here all day on both days we were closed, cleaning every­thing. And we’re advising parents to clean things they wouldn’t nor­mally think about like back­packs, folders, and other school sup­plies.”

Mike Corey, the super­in­tendent and prin­cipal of Litch­field Com­munity Schools, said the dis­trict was closed Jan. 28, 29, and 30. With a total student pop­u­lation of 306, Corey said 21% of stu­dents called off sick the Monday before closing. He added that many teachers were ill or not feeling well in the days leading up to closing.

“Many teachers didn’t feel well and came to work anyway because we knew we didn’t have enough sub­stitute teachers,” Corey said.

Although many stu­dents are still calling off due to illness, Corey said the numbers are moving closer to what he would expect for the flu season. He said the cus­todian crew has spent more time cleaning all of the things stu­dents touch throughout the day in an effort to keep every­thing san­i­tized. The teachers are also working very hard to get stu­dents caught up with any missed material.

“There’s a lot of effort being put in right now to help kids who got behind,” Corey said.

She said Gier has a total student pop­u­lation of 485, and the greatest number of stu­dents who missed school due to illness in one day was 58.

“It was a com­bi­nation of dif­ferent ill­nesses,” Lum said. “They didn’t all have the flu.”

While stu­dents seem to be expe­ri­encing several dif­ferent ill­nesses, “influenza B viruses are the most com­monly reported influenza among children and young adults age 0 – 4 (58% of reported viruses) and 5 – 24 years (72% of reported viruses),” according to a Weekly U.S. Influenza Sur­veil­lance Report by the Centers for Disease Control and Pre­vention.

Johnson said it’s dif­ficult for virol­o­gists to get good data for vaccine-effec­tiveness until after the flu season ends. The greater genetic sim­i­lar­ities the vaccine strain has to the cir­cu­lating strain, the more likely people will who received the vaccine will be pro­tected.

Johnson said that the strain in this season’s vaccine is close to being 100% iden­tical with one A strain, but is only 30% iden­tical to another A strain.

“It’s likely that as you decrease that per­centage, then the effec­tiveness of the vaccine will decrease. But we won’t know that for sure until after the season.”

Johnson added that he hears many mis­con­cep­tions about the flu vac­cines, but the virus is less likely to spread among large numbers of people if more people get the vaccine.

“Common things that I hear quite a bit are: ‘Oh I got the flu vaccine one year, and I got the flu imme­di­ately after it, so I’ll never get to get flu vaccine again,’ or things like: ‘Oh the flu vaccine, they never pick the right strains, it’s only 30% effective or some low per­centage, so I shouldn’t get the flu vaccine,’” Johnson said. “And that’s con­cerning because the flu vaccine, even if it doesn’t confer 100% effective immunity, just based on the sheer numbers of indi­viduals who will come down with the flu — we’re talking mil­lions of Amer­icans come down with the flu every season — there’ll be hun­dreds of thou­sands of hos­pi­tal­iza­tions, and typ­i­cally tens of thou­sands of deaths. When more people get the vaccine, it will help reduce those numbers, and the data shows that.” 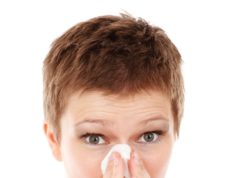 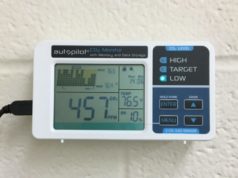