When I arrived to teach at Hillsdale College in 1996, there was, even in those days, a good bit of chatter on campus con­cerning stu­dents leaving Protes­tantism in favor of Catholicism or Orthodoxy. Stu­dents would often arrive at my office door with ques­tions about the early Chris­tians. Some would then dis­appear, often for several months, only to reappear with the shocking announcement that they had entered into the Catholic faith.

In those days, I had a sneaking sus­picion that these young men and women had been instructed to cut off com­mu­ni­cation with Protestant pro­fessors, friends, and even family.

Having now been called into the Catholic Church, I see how wrong I had been.

It took 30 years for me to heed the call (a story I am willing to share some other time) and when I did so, I was in need of serious reading, reflection, prayer, and guidance. My patient wife and family, as well as many remarkable friends, helped me along in this process. And most every­thing I thought I knew about Catholicism was chal­lenged or changed.

Like those stu­dents who dis­ap­peared, I found myself in need of silence, in need of sep­a­ration. There was no blind accep­tance of doc­trine. There was no hard-fisted demand of obe­dience. But there was a wrestling bout that had to be waged.

I entered into the wilderness in a manner vaguely similar to St. Paul’s before he met Cephas in Jerusalem. And it was during my own time incom­mu­nicado that I realized what had hap­pened in the lives of those stu­dents who had dis­ap­peared.

Today, I am grateful for col­leagues and friends who have expressed their con­cerns. My response to them is always that my family and I have never been more full of a love for Christ than we are now. 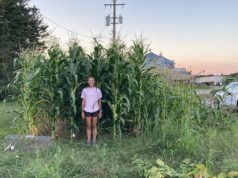