This two-hour special starts out with a much needed con­frontation. Peter sends Alayah home, for the second time, and finally, the house is at peace for a moment.

This is also the first time I’ve been under­whelmed by the show.

The momentary lapse in drama between Alayah leaving and the next rose cer­emony was good for my sanity, but I’m ready for more.

There’s some nervous energy in the house before the cer­emony, and ‘Tas­manian devil’ Tammy notes: “If I don’t get a rose tonight, I will burn the house to the ground.” I believe her.

Luckily, Tammy is the last lady to get a rose in the cer­emony (probably because the pro­ducers believed her too), which sends Deandra, Savannah, and Kiarra home.

The night wraps up with an exciting announcement from Peter: Bachelor nation, we’re going inter­na­tional! As the jet touches down in Costa Rica, I can already hear the shrieks of inap­pro­pri­ately bikini-clad women. As the girls practice rolling their “r’s” and work on their best Spanish accents “for the culture,” they get a sur­prise visit from a wounded Peter.

No, it’s not his heart — not this time at least.

Peter has a large cut on his head which he tries to play off with a story about attacking a puma, but the real story is so much better. He runs into a golf cart and acci­den­tally pokes himself in the head with a cham­pagne glass. 22 stitches. This is your future husband, ladies.

Peter and Sydney head off on their first one-on-one date. They go on a romantic heli­copter ride, but I’m not sensing much of a con­nection. Peter thinks Sydney has “a little bit of mys­te­ri­ousness about her.”

In the real world, we call that a lack of personality.

Peter says the date is “exactly what I needed after my head injury.” Yes, that’s correct, an injury to his head.

Well at this point, my head hurts too. I’ve sat through the entire date with them and there is absolutely nothing of sub­stance that has been said. Sydney’s extensive use of space fillers (like, um, mmhm) every two words has ren­dered me com­pletely unable to, like, function. Give her a rose so we can move on, Peter.

The group date is a “Cos­mopolitan” pho­to­shoot, and the winner will be fea­tured on the March issue with Peter. As the women prance around water­falls in their bikinis, our ever-sup­portive bachelor Peter stands back to objectify. Peter reminds me of a Kris Jenner-esque figure as he watches the pho­to­shoot, yelling, “that’s what I like to see.”  After the pillow fight, I should’ve known any­thing was pos­sible, but this feels like we’ve hit a new low.

At the cocktail party, Kelsey is having some dif­fi­culty accepting that Peter is seeing other women. I almost feel bad for her until I remember that she applied, inter­viewed, and audi­tioned to be in this position. Tammy points out Kelsey’s emo­tional sta­bility — or lack thereof. I’ll give you a brief lowdown: Tammy tells Peter that Kelsey had an emo­tional breakdown, Peter con­fronts Kelsey, Kelsey has another emo­tional breakdown, and the girls hash it out.  Nothing is resolved, but we do confirm that Kelsey has an excessive drinking issue. I don’t blame her — we all have our own coping mechanisms.

Kelley and Peter go on a rather unique one-on-one date. Peter has been having doubts about their rela­tionship and “needs to see a lot from Kelley today.” Is this an interview or a date?

Our logical bachelor puts fate in the hands of an  ever-wise shaman who tells him that the couple might not be com­patible. Peter puts a lot of stake into the shaman’s opinion, as any rea­sonable man should, and is noticeably upset. Regardless, he’s willing to let Kelley have one more week to prove herself (how gen­erous), and she gets a date rose.

Don’t worry — the drama isn’t over. Kelsey meets Peter in his hotel room to tell him that she does not, in fact, have a drinking problem. Peter, of course, believes her without a second thought, and she gets a sur­prise rose. The pre-rose cer­emony cocktail party for the evening is can­celed because Peter already has “the clarity I need to make my decision.” He sends Lexi and Shiann home, keeping the most dra­matic girls around — once again.

Hon­estly, the poor guy is just shooting himself in the foot. If he keeps believing every­thing the girls tell him, he’ll never find a wife.

But then again, I’m not sure I really care.

Peter’s now left with his chosen 12. Let’s see who goes out and spreads the word. 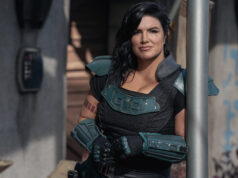