Throughout the 1980s, Hillsdale’s Tau Kappa Epsilons suf­fered a variety of issues with regards to their house ranging from problems with neighbors to the literal destruction of the house.

It cer­tainly cannot be easy to be neighbors with an active 1980s frat house, and the TKE’s neighbors felt the burden.

On Nov. 3, 1983, The Col­legian reported, “‘We don’t expect them to be church mice, but we want them to be respon­sible.’ The neighbor cited noise of people leaving weekend parties as the most offensive trans­gression of the TKEs.”

The article con­tinued, “Another neighbor com­mented that it isn’t the meter of the house who park on his lawn, but ‘the whole campus’ which attends the TKE social func­tions.”

I must say that these party-goers were quite bold just assuming that the neighbor’s lawn was their per­sonal parking lot.

Due to these com­plaints, The Col­legian reported that the college insti­tuted “a Good Neighbor Policy to improve the rela­tionship between the house and its neighbors. Under this policy neighbors are asked to contact the house directly with any com­plaints and sug­ges­tions.”

This arrangement appears to have improved rela­tions until 1988, when a dif­ferent dis­aster overtook the TKE house.

On Feb. 4, 1988, Col­legian reporter Christopher Perme wrote, “Over Christmas break, the Tau Kappa Epsilon fra­ternity house was damaged by a freak accident due to a boiler failure.”

He con­tinued, “The boiler failed which caused the water in the pipes to freeze. The pipes then expanded and broke, sending water every­where.”

In an unfor­tunate turn of events, the Hillsdale City Building Inspector con­demned the building.

Perme reported, “Mr. (Richard) Emery, who declared the TKE house offi­cially con­demned stated, ‘Not only was it con­demned for the water damage, but also applicable is the house­keeping, or lack thereof, that leaves their house unin­hab­itable.’”

I must say that having a building con­demned is an extremely low point, even for a frat house.

One of these apparent issues may have been the leg­endary beer faucet in the TKE house.

On Oct. 28, 1999, The Col­legian reported, “They did not have beer flowing out of all their faucets. Just their upstairs kitchen faucet.”

Sorry, that does not make this feat of engi­neering any less iconic.

The article con­tinued, “The sink was basi­cally an extended tap, according to the TKEs. A ‘mechan­i­cally inclined’ indi­vidual was able to hook it up to a keg, which was stored under the sink. Although it was mostly used for midweek parties, no water ever ran from that sink.”

The shenanigans had to come to an end at some point, and in 1996 the TKE house was finally demol­ished.

On Sept. 12, 1996, Col­legian reporter Casey Fatchett wrote, “Stu­dents returning to Hillsdale’s campus this semester noticed the absence of one par­ticular building, the Tau Kappa Epsilon fra­ternity house. The TKE house was demol­ished one week prior to the beginning of fall classes.”

Fatchett reported that this fol­lowed the college’s decision to disband the fra­ternity.

He wrote, “In early spring, 1996, the fraternity’s alumni asso­ci­ation sold the house and the land to Hillsdale College.”

Fatchett con­tinued, “After inspecting the property for pos­sible use as offices, the college decided that the potential cost of ren­o­vation out­weighed the pro­jected usage, and had the building destroyed.”

Per­sonally, I find it very con­fusing that the college did not utilize an office building with beer running out of its faucets, so I have to assume that this decision ties back to the pipe explosion in 1988.

Although the house and fra­ternity have dis­ap­peared from Hillsdale College, the legends of the TKEs con­tinue to live on. 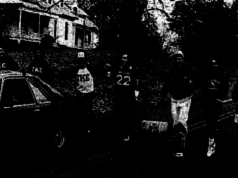