The City of Hillsdale Police Department has iden­tified three sus­pects from outside of the city who allegedly have been breaking into cars in Hillsdale County since October 2019.

City of Hillsdale Police Detective Brad Martin has been fol­lowing the break-ins throughout the fall and into the new year.

“War­rants have been requested and we are now waiting for them to be autho­rized by the Hillsdale County Pros­e­cutor,” Martin said in an email.

The names of the sus­pects have not been released to the public as of Feb. 5.

“Some involved thefts of loose change and cash,” Martin said. “Some others did involve the theft of more valuable items, including wallets and purses.”

The reported break-ins, he added, occurred throughout various parts of Hillsdale, but not in the imme­diate vicinity of Hillsdale College.

Some Hillsdale College stu­dents, however, did expe­rience break-ins, though they were mostly unre­ported.

On Jan. 15, Martin said the department received six reports of break-ins near Hillsdale College’s campus. By com­bining pre­vious infor­mation with the most recent evi­dence from the break-ins, the department was able to identify the three sus­pects.

Even though the sus­pects have been iden­tified by the City Of Hillsdale Police Department, Asso­ciate Director of Security and Emer­gency Man­agement of Hillsdale College Joe Kellam said he urges stu­dents to keep their car doors locked and be aware of what’s going on around them.

“Please be advised that there are sus­pects actively stealing from vehicles all around the north end of the city of Hillsdale, including on campus,” Kellam said in an email to stu­dents. “They are tar­geting unlocked vehicles and are taking wallets, purses, and elec­tronics. This group has recently started breaking glass on vehicles to gain entry into locked vehicles.”

“Just don’t be dis­placive,” Whorley said. “Take your things with you. The biggest thing anyone can do is to remove the oppor­tunity for the crime to occur. There is somewhat of a men­tality that it doesn’t happen here or that it won’t happen to me.” 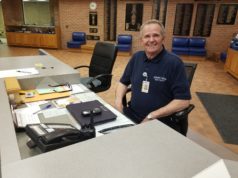 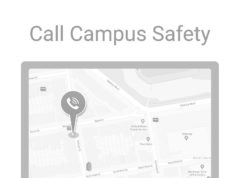