Hillsdale College con­tinues to welcome the same amount of new stu­dents each fall, despite the national downward trend in college enrollment.

According to Forbes, in the fall of 2019, the total amount of new stu­dents that attended a form of post­sec­ondary edu­cation decreased by 1.3%, or 231,000 stu­dents, as com­pared to the pre­vious year. Last fall’s enroll­ments nationwide dipped below 18 million, which is a decline of more than 2 million stu­dents since college enrollment peaked in 2011.

So far, Hillsdale College has not suf­fered any declines in enrollment. Hillsdale’s ability to maintain its average class numbers is largely a result of the college’s values, cur­riculum, afford­ability, and post-grad­u­ation employment rates.

Although last year the admis­sions staff saw a small dip in appli­ca­tions for the first time in five years, Senior Director of Admis­sions Zachary Miller said this has not affected the number of stu­dents that commit to and attend Hillsdale. In fact, Miller added, Hillsdale College has “record yield rates” for the enrollment of accepted stu­dents.

“Hillsdale’s current yield rate is at 44%. If you have a yield rate in the 30% zone, you are really good,” Miller said.

Miller said part of the national decline is due to a decreasing pop­u­lation. Many expect this decline to reach a low point in 2026, which will be 18 years after the financial crisis of 2008, during which there was a sig­nif­icant decrease in children born.

“This is some­thing that is scaring many col­leges,” Miller said. “In the next few years, many small private schools will have to shut their doors.”

Miller attributed Hillsdale’s con­tin­ually high enrollment levels to the com­mitment to its values.

“If the whole pie is shrinking, every college is trying to appeal to everyone,” Miller said. “But Hillsdale is dou­bling down on its mission. People are drawn to Hillsdale and the values that it has held for 175 years.”

“In public schools and uni­ver­sities they often talk about critical thinking, but what they think is critical thinking is ques­tioning the status quo,” Calvert said. “We want to create people who know how to think well. We want to teach them to under­stand some depth of science, math, lit­er­ature, and lan­guages, and not just to follow one political phi­losophy.”

For com­parison, Ellen Condict, who teaches lit­er­ature at the Hillsdale Academy as well as edu­cation and English courses at Hillsdale College, said when pre­vi­ously teaching at Baylor Uni­versity in Texas, she found stu­dents were quickly bored by the lit­er­ature cur­riculums based entirely on con­tem­porary works.

“One of the big dif­fer­ences between the core pro­grams is Hillsdale’s focus on primary texts and great books, which has a lot of appeal with stu­dents,” Condict said. “Stu­dents tend to think they want to read the con­tem­porary works, but they wind up getting bored of it pretty quickly.”

Both Condict and Calvert, as well as Hillsdale Academy College Coun­selor Deanna Ducher, acknowl­edged that the national resur­gence in clas­sical edu­cation has boosted the attrac­tiveness of schools like Hillsdale. But Hillsdale’s low tuition rates, Ducher added, make Hillsdale stand out among the crowd of private liberal arts schools.

“In general, finance is always a big question,” Ducher said. “Hillsdale is attractive because it’s done such a good job with keeping costs down and pro­viding a lot of financial aid options. Plus the fan­tastic edu­cation.”

The afford­ability, com­bined with unusually high post-grad­u­ation employment and graduate school rates, makes Hillsdale College still valuable in an age where an increasing amount of people are rethinking college.

Because many col­leges are expensive, Condict said, parents and stu­dents are “being wise con­sumers” by not always choosing to enroll in college.

“People are rethinking college because now it’s no longer a guar­antee that a college edu­cation will get you a higher salary or a better position in society,” Condict said. “I find that encour­aging. Not everyone needs to go to college, not everyone enjoys it, even at Hillsdale College.” 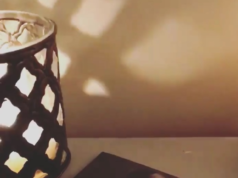