It took all of three days for the Hillsdale County Branch of Court Appointed Special Advo­cates for Children to sell out of tickets for its first annual Purse Bingo fundraiser.

The event will be held at Johnny T’s Bistro on Feb. 29 and will benefit the orga­ni­zation, which pro­vides ser­vices for abused and neglected children within Hillsdale County.

Heather Upton, the program coor­di­nator for the Hillsdale branch of the orga­ni­zation, said that CASA puts on fundraisers like the bingo night to pay for things that its grant doesn’t cover.

“There are some oper­ating costs and other things like vol­unteer recog­nition that our grant and dona­tions won’t always cover,” Upton said. “We put on fundraisers like this one to make sure we can.”

The event will have a baked potato bar, bev­erages, chili, clam chowder, and a large selection of other food options for attendees.

The event started selling tickets on Jan. 6 and sold out three days later. The tickets cost $35 each and include 20 games of bingo and dinner.

Small Town Sweet Bou­tique, a candy store in downtown Hillsdale, will be spon­soring the event alongside a number of other local busi­nesses. Danielle Brock, the owner of the shop, said that she decided to sponsor the event because she believes the orga­ni­zation is of vital impor­tance to the com­munity.

“We donated a purse to the bingo night from the company, and my husband and I donated one our­selves,” Brock said. “CASA is a great orga­ni­zation and they do great things for the com­munity. We’re here for the kids, and that’s who they’re helping. We felt like it was a no brainer to sponsor the event.”

The event is set to have a large turnout.

“We posted the event on our Facebook page and it seems like bingo is popular in the com­munity,” Upton said. “As of now, there are going to be around 300 people attending the event.”

Brock said CAS is a nec­essary orga­ni­zation in the com­munity.

“They do a lot of good,” Brock said. “The vol­un­teers and court advo­cates take a lot of pressure off the kids and the fam­ilies, and it’s a good thing we have them in the com­munity.” 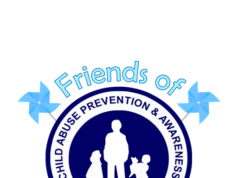 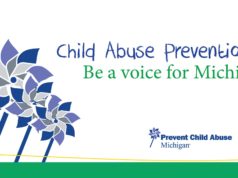 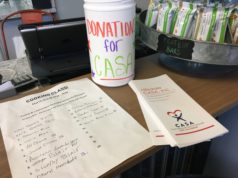