Four patients in Michigan have all tested neg­ative for the 2019 Novel Coro­n­avirus as of Feb. 3, according to Lynn Sutfin, public infor­mation director of the Michigan Department of Health and Human Ser­vices.

The patients, three from Washtenaw County and one from Macomb County, were tested because of their flu-like symptoms and their recent travel history, which included visits to Wuhan, China, where the virus is said to have orig­i­nated. Their tests were sent to the Centers for Disease Control and Pre­vention, which is respon­sible for testing samples. None of the four Michigan res­i­dents tested pos­itive for the virus, Sutfin said.

There are 12 recorded cases of coro­n­avirus in the United States, with cases in Arizona, Cal­i­fornia, Illinois, Mass­a­chu­setts, and Wash­ington.

On Dec. 31, 2019, several indi­viduals in Wuhan went to the hos­pital with flu-like symptoms. The illness allegedly orig­i­nated at the Huanan Seafood Market. Now, nearly 500 people have died and more than 24,000 have been infected globally.

The out­break, which CNN reported on Monday is more deadly than the SARS out­break in 2003, has spread to 25 coun­tries, including the United States. The virus not only has spread from animals to humans, but also has spread human-to-human, which Sutfin says is rare.

“Typ­i­cally when you look at some­thing like rabies you don’t see a transfer from human to human,” Sutfin said. “This 2019 Novel Coro­n­avirus is dif­ferent than other viruses around, this par­ticular version is some­thing new. It’s a concern.”

“There’s a low like­lihood of anybody getting it here,” Sutfin said. “Travel has been cur­tailed by com­panies, and screenings are going on at several air­ports. The CDC says it’s a low-like­lihood that more U.S. cit­izens will get the virus.”

Asso­ciate pro­fessor of biology at Hillsdale College Silas Johnson, who studied immunology, said that this Novel Coro­n­avirus is related to other types of coro­n­aviruses that have caused public health scares over the past few years, like SARS and MERS.

“In terms of scariness, it’s less scary than SARS,” Johnson said. “But the problem is that it looks like many people have inap­parent infec­tions, when you con­tract the virus and can transmit it to other people but have no symptoms yourself.”

Coro­n­avirus can spread via physical contact, in the air, and by fomites — objects and sur­faces that harbor the virus after being touched by an infected or virus-car­rying person, Johnson said.

The 2019 coro­n­avirus has a lower mor­tality rate, Johnson said. SARS killed nearly 10% of those who con­tracted the disease, whereas coro­n­avirus so far is killing 1 to 3% of those afflicted. Coro­n­avirus infec­tions, however, could spread faster because the infection can be inap­parent. If the disease con­tinues to spread rapidly, it could poten­tially kill more people than the SARS out­break.

Scott Turske, com­mu­ni­ca­tions director for the Macomb County Health Department, said that the symptoms for coro­n­avirus are similar to those of the flu, though recent travel history to Wuhan is an important factor to con­sider.

“We are asking people and healthcare providers to be vig­ilant for symptoms, which are very much like the cold or flu — fever, cough, shortness of breath — but the unique iden­tifier is recent visits to China,” Turske said. “One key thing that has been used if people are iden­tified and screened and it looks like they have some symptoms, and they have travel expe­rience, that is important in their being iden­tified for potential infection.”

Turske said the four indi­viduals in Michigan, as well as those who have tested pos­itive for the virus, are in self-iso­lation in order to prevent the virus from spreading. This means that those with coro­n­avirus and those being tested for the virus stay in their homes and come into contact with as few people as pos­sible.

Sutfin and Turske rec­om­mended that cit­izens take extra care to practice per­sonal hygiene by washing hands reg­u­larly and cov­ering coughs and sneezes. This pro­tects not only from coro­n­avirus, but from the flu — which, Sutfin said, killed around 60,000 people in the United States last year.

Johnson said that, while there are ways to treat some viruses, the best way to combat viral infection is through pre­ven­tative mea­sures, like getting vac­ci­nated and prac­ticing good per­sonal hygiene.

“If you can prevent the infection from hap­pening at all, that’s a much better sit­u­ation,” Johnson said.

Though there is not yet a vaccine for coro­n­avirus, Johnson said medical pro­fes­sionals are working to make one. Unlike the yearly flu vac­ci­nation, which sci­en­tists tweak each year based on the sta­tis­tical like­lihood of the preva­lence of dif­ferent strands of the flu, the coro­n­avirus vac­ci­nation must be made “from scratch,” using only what’s known about SARS and MERS.

Both Sutfin and Turske rec­ommend that con­cerned cit­izens to check michigan.gov/coronavirus for infor­mation about the virus and to track cases in Michigan and the United States. 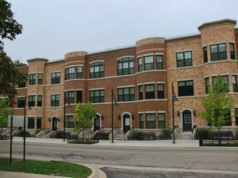 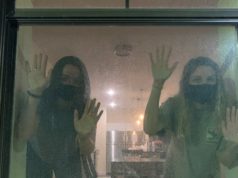 I quarantined so you don’t have to