Con­ser­v­a­tives have largely stood against welfare pro­grams for decades. Before con­demning all social safety nets, however, con­ser­v­a­tives must ask them­selves what they are con­serving, if not the people in this country.

America is not just a gov­ernment and the land over which it rules, but more impor­tantly, it is the people that live, work, and raise fam­ilies here. And some­times, those people need a helping hand.  The social safety net, including Social Security, Medicare, Med­icaid, food stamps, and unem­ployment ben­efits, is that helping hand.

Too often, con­ser­v­a­tives rail against these gov­ernment pro­grams. They say they are uncon­sti­tu­tional, mis­managed, expensive, and ineffective.

No one would claim that the welfare state in this country is managed per­fectly. At its core, many people receive aid that don’t need it, and many who need it don’t receive it. This problem is not a symptom of the pro­grams, but rather, how they are administered.

The social safety net often catches those who came to this country ille­gally. For example, there is no requirement in the state of Michigan to be a citizen of the United States to apply for unem­ployment benefits.

But it isn’t just illegal immi­gration that is putting a strain on our social safety net. Legal immi­grants often arrive in this country des­titute and unem­ployed. In fact, the Center for Immi­gration Studies reported in 2018 that 63% of non-citizen fam­ilies access welfare programs.

Other forms of mis­man­agement such as fraud occur, but they are not endemic to the system. Just because some people lie in order to receive ben­efits doesn’t mean that the entire system should be shut down. That hardly sounds just. This mis­man­agement is no large problem at all, and can be solved if those cit­izens receiving aid are required to prove their need.

The U.S. gov­ernment spends nearly $3.5 trillion on pro­grams like Medicare, Med­icaid, and Social Security. That sounds like an exor­bitant amount of money. But con­sider the fact that the United States is a nation of some 330 million people. We are also the most pro­ductive and wealthiest nation in the world. We have a lot of people and a lot of money.

Con­ser­v­a­tives, it would seem, are content to spend tril­lions of dollars on foreign wars, sub­si­dizing the welfare state in other coun­tries through eco­nomic aid, and aggran­dizing the mil­itary-indus­trial complex. The Iraq War itself cost nearly $2 trillion dollars. The Afghanistan War is pushing $2.5 trillion.

For many con­ser­v­a­tives, ensuring every child in America has some­thing to eat, the elderly have a means to live, and the working class can get by is too much to ask.

The fact remains that we are a wealthy people. Our GDP shows we are able to support our poor, but what we spend our budget on shows that we ought to be more willing to do so.

Con­ser­v­a­tives com­plain that the welfare state is inef­fective. Social Security is a ticking time bomb, they say, and gov­ernment-run health care kills people. The unem­ployed should pick them­selves up by their boot­straps before they go running to the nanny state for a handout.

Con­ser­v­a­tives do have a point on the mis­man­agement of these systems. But if any aspect of the social safety net is inef­fective, it is because it is being mis­managed. It is not because these pro­grams are inher­ently flawed.

Social Security is going to go belly-up because Con­gress has tapped into the retirement check for mil­lions of Amer­icans to fund our adven­tures in the Middle East. Gov­ernment run healthcare is a bigger beast to tackle. We don’t have uni­versal healthcare. Instead, we have Medicare and Med­icaid. These ser­vices simply provide gov­ernment money for private, or quasi-private, healthcare providers, and they have no mea­surable effect on the quality of the cov­erage provided.

Unem­ployment ben­efits are not sup­posed to replace an income long term. They are there to help those out who have lost their jobs. They allowed me to eat and sleep when my dad lost his job during the Great Recession.

Though there is no con­sti­tu­tional basis for a welfare state, it’s certain that the social safety net has pro­vided support to countless Amer­icans who have fallen on hard times. The system is imperfect and mis­managed, but it is nec­essary to con­serve the poorest of our American people.

Con­ser­v­a­tives get caught up in buzz­words, catch­phrases, and mean­ingless plat­i­tudes. We forget who really matters: the American people. We can toil away as guardians of the Con­sti­tution and the Dec­la­ration for as long as we wish, but if everyone is starved, des­titute, and sick they won’t care much about our country’s past or future, only their present.

Con­ser­v­a­tives need to get on board with a social safety net or be content in losing election after election. The American people are the only people who care about our founding. If we aren’t doing what’s nec­essary to ensure their con­tinued exis­tence and pros­perity, it won’t matter how dearly we hold the founding because there won’t be anyone left who cares about it. 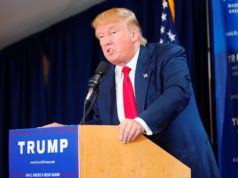 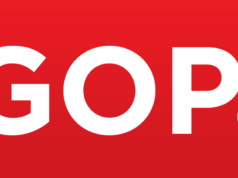 It’s time for conservatives to unite around Trump 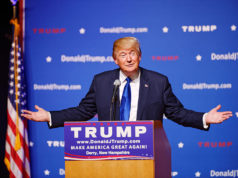 What’s next for Never Trumpers?