The City of Litch­field, just a 15-minute drive from Hillsdale, is adding to its city infra­structure with new pavement, a new public pool, new water lines, and a natural gas plant.

Douglas Terry, Litchfield’s city manager, said the city is looking forward to each of the new projects.

Litch­field secured a grant recently from Michigan’s Department of Natural Resources to recon­struct its public pool. The total cost is about $494,000, according to Terry, and the grant will cover about half of the price. Cities that receive this grant, which can be dif­ficult to apply for, must come up with matching dollars for the project.

Terry said Litchfield’s pool, which is 50 years old, is the only municipal one in Hillsdale County, and res­i­dents appre­ciate using it during summer months. People from all around the county use the pool. “We’re in the design phase right now,” Terry said. “We want to be con­structing in early spring with a com­pletion of mid-summer.”

The pool recon­struction is the newest improvement to Litchfield’s recre­ation system, which Terry said has been largely funded through dona­tions in the past.

Last year, Litch­field sent a survey to its res­i­dents asking about recre­ational needs. “The response was over­whelming that people wanted the pool rebuilt,” Terry said. “They were very sup­portive of us pur­suing this.”

Over the past few years, MDOT has worked on resur­facing Michigan Highway 99 throughout Hillsdale County, including in the City of Hillsdale.

Michigan Hub, a company “whose mission is to drive rural eco­nomic devel­opment through locally pro­duced low-cost energy,” according to its website, is replacing a former coal-fired power plant with a natural gas one in Litchfield’s indus­trial park.

Glenn Foy, CEO of Michigan Hub, said the company wanted to provide cleaner energy to local indus­trial busi­nesses at a lower cost than getting it from the grid. Foy added that this energy source sig­nif­i­cantly reduces the carbon foot­print of busi­nesses who choose that option.

Though it will take several years to con­struct and find cus­tomers, the plant has already secured its first tenant, Inde­pendent Barley and Malt, which sup­plies brewers throughout the region.

Michigan Hub, according to Foy, empha­sizes locality. “Inde­pendent Barley and Malt works with local farmers and sup­plies to Michigan brewers,” he said. “By building this plant, we’re making their supply chain even more local.”

“Everyone’s really excited, and the project has a lot of grass­roots support,” Foy said. “It’s exciting for the economy.”

Finally, Litch­field will also redo about 1,800 feet of water main “in antic­i­pation of road replacement,” according to Terry. Whenever a city replaces or paves its roads, it should redo the infra­structure below it, Terry added.

Terry said the new water main will cost Litch­field about $300,000 in total. 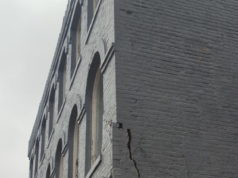 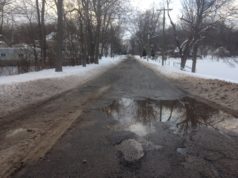 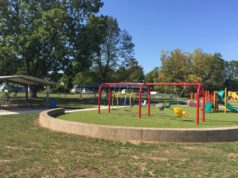