The Charger’s women’s track and field team trekked to Youngston Uni­versity for the third meet of the indoor season. The Chargers came up against tough com­pe­tition and some con­ference oppo­nents they will see again down the road.

“The meet was okay,” head coach Andrew Towne. “It was our first big meet in terms of seeing good per­for­mances and com­peting against bigger schools. Some of that we handled well, some we didn’t.”

In the field, the team con­tinued to expe­rience success led by sophomore Nikita Maines. In the shot put, Maines threw 13.86 meters which placed her sixth. Her teammate Michaela Burkhauseer ended 11th with a throw of 12.83 meters. In the weight throw, Maines placed ninth with a throw of 15.85 meters. Burkhauser ended 17th tossing 15.06 meters. Coach Towne said Maines did a good job and awarded her the team’s female athlete of the week award. Maines said, “My per­for­mance last week just showed that I am not even close to knowing how far I’ll throw later in the season.”

On the track, the Chargers put forth a good effort and brought some people to the top of their events. In the 200 meter dash, junior Kajsa Johansson lead the team and ended runner-up with a time of 24.99. She was fol­lowed by freshman Jillian Roney who ended 21st running the race in 26.35 seconds. Junior Carmen Botha also com­peted in the event and ran it in 27.51 seconds.

The Chargers put together a strong showing in the 3000 meter run. Sophomore Sophie Maeda led the pack coming in second place overall with a time of 10:04.09. Christina Sawyer ended with a time of 10:14.40 to take seventh place. Senior Arena Lewis and freshman Gwyne Riley ran for 12th and 13th place, respec­tively. Sophomore Claire McNally placed 17th (10:31.58).

To end the day’s com­pe­tition, the Chargers 4x400 meter relay placed fourth with a time of 3:58.54. The team was made of Stamm, O’Leary, Botha, and Allison. Botha said, “I was so proud of the girls that ran with me in the 4x400. We gave our all after a long day of events. It’s sat­is­fying being a part of a team that fights to do their best at every meet.”

Towne said the team needs to make “cham­pi­onship deci­sions” if they want to see more success farther along in the season. 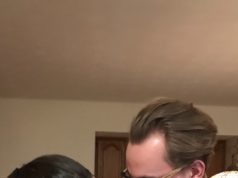