Everyone knows you shouldn’t talk pol­itics and religion, espe­cially at the Thanks­giving table. Dif­fer­ences tend to make things ugly. But dif­fer­ences are some­times important enough that they must be dis­cussed in hopes of set­tling an issue. This is cer­tainly true for people of the same faith who have com­peting views.

Such is the problem pre­sented in Netflix’s “The Two Popes,” directed by Fer­nando Meirelles. The film attempts to rec­oncile two sides of the Roman Catholic Church, and it mas­ter­fully dis­plays how, when opposing sides collide, both often bring good and bad to the table.

Or, as Pope Benedict XVI reminds Car­dinal Jorge Bergoglio: “You think your sins dis­qualify you, but we are all sinners.”

Benedict (Anthony Hopkins) calls in Bergoglio (Jonathan Pryce), the future Pope Francis, to discuss church matters and Bergoglio’s desire to step down as arch­bishop. The entire film depicts pos­sible con­ver­sa­tions the two might have had in their meetings, as imagined by Meirelles, hence the “inspired by a true story” line at the beginning.

Screen­writer Anthony McCarten said in an interview that with so much anger between pro­gres­sives and con­ser­v­a­tives, the middle seems to have collapsed.

“This project was about trying to get these two posi­tions into dia­logue with each other,” McCarten said.

Benedict and Bergoglio rep­resent two wings within the Roman Catholic Church: the one sup­porting unwa­vering ded­i­cation to teachings and prac­tices, the other advo­cating for a need to adapt the church to the times in favor of reaching those mar­gin­alized by society.

This should sound familiar. It’s the same story that plays out in pol­itics, culture, and religion. It’s the age-old feud between con­ser­v­a­tives and lib­erals. The film, however, is careful to show that both men, though they dis­agree on finer points of doc­trine, act out of love and concern for the insti­tution they lead.

After the media firestorm over the Vatican leaks scandal, which uncovered sexual abuse and financial cor­ruption, Bergoglio is sum­moned to the pope’s summer res­i­dence. In the garden there, Benedict needles Bergoglio on com­ments he made to the media regarding the celibacy of the clergy and homosexuality.

Benedict accuses the car­dinal, saying he openly gives sacra­ments “to those who are out of com­munion.” Bergoglio responds that he believes giving com­munion “is not a reward for the vir­tuous. It is food for the starving.”

“So what matters is what you believe, but not what the church has taught for hun­dreds of years?” Benedict asks.

Bergoglio then quotes Mark 2:17, saying “‘I came to call sinners,’ as the church has taught for thou­sands of years.”

Later in the same scene, in an exchange with obvious con­sid­er­ation for current American pol­itics, Bergoglio chal­lenges the pope on the notion of building walls.

“Mercy is the dynamite that blows down walls,” Bergoglio says.

And this is the mercy the men learn to show one another, despite their faults. Both confess their doubts about their own spir­itual callings. Bergoglio reveals how, as a young priest, his fear of the gov­ernment led to the deaths of his Jesuit brothers. Benedict, though he is the head of the Catholic Church, asks for Bergoglio to hear his con­fession regarding his part in the sex scandal, how he relo­cated a pedophile priest.

“The Two Popes” ulti­mately praises this mercy. It encourages the viewer to show this radical, explosive mercy to others. Without turning a blind eye to wrong­doing, we need to relearn how to be gra­cious to indi­viduals who don’t believe every­thing we do.

While this film’s dia­logue, acting, and score are all fan­tastic, the one place it falters is in a slightly exag­gerated depiction of Benedict and his attitude toward the papacy, which may be due to the film’s soft liberal bent. In 2005, he told German pil­grims that he didn’t want to become pope, that he instead wished to spend the end of his life in peace.

But during the scene at the papal con­clave, the meeting where the car­dinals elect the next pope, Meirelles depicts an eager Benedict hoping to nab the papacy, lest a more rev­o­lu­tionary car­dinal be granted the title.

Still, this is a minor flaw in an oth­erwise superb — and nec­essary — film. I found it applicable to my own expe­rience as a Protestant, par­tic­u­larly in the ways Chris­tians from our own tra­dition handle their dif­fer­ences. The mes­sages of for­giveness and brotherly love res­onated with me as a Christian, though they offer some­thing to even the secular viewer.

What the film does best in its message of bridging divides is to remind us that, with some excep­tions, no one side of an issue is entirely in the right or wrong. 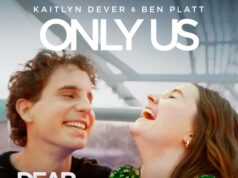 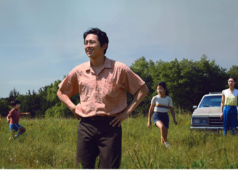 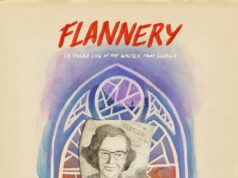