The City of Hillsdale may not rank among the top towns in Michigan in terms of its household income, but it is still con­sidered a “strong town,” according to the Strong Towns Strength Test. The city’s current con­di­tions meet six of the test’s 10 stan­dards, which were laid out in the form of 10 “yes” or “no” ques­tions.

Kea Wilson, director of com­munity engagement for Strong Towns, said the national orga­ni­zation was founded to help keep towns finan­cially strong and resilient. According to the Strong Towns Website, a “town” can include “every city and town in North America.”

This non­profit media orga­ni­zation pro­vides com­mu­nities with tools, resources, and other online content to encourage and inform them about how to keep their towns strong.

“The Strong Towns Strength Test is a list of 10 ques­tions that we encourage any citizen or leader to ask of their town,” Wilson said. “You don’t need advanced ana­lytic skills or a big budget for in-depth analysis. It’s some­thing anybody can do.”

Some of the ques­tions include: “If your largest employer left town, are you con­fident the city would survive?” and “Is it safe for children to walk or bike to school and many of their other activ­ities without adult super­vision?”

Hillsdale City Manager David Mackie answers “yes” to both of these ques­tions.

“Hillsdale College is the city’s largest employer and Hillsdale Hos­pital is our second largest employer,” Mackie said in an email. “If the college left town, the city would survive, but it would be a much dif­ferent com­munity. Inevitably, we would lose addi­tional busi­nesses that are sup­ported by the college’s staff and stu­dents.”

He also said he believes Hillsdale is a safe place for children and fam­ilies.

“I believe Hillsdale is a safe place for children to play or walk to school without adult super­vision,” Mackie said. “We con­tinue to have a strong public safety presence in both the City of Hillsdale and Hillsdale County.”

The Strong Towns orga­ni­zation and its Strength Test were both developed by Charles L. Marohn Jr. He is a pro­fes­sional planner and engineer who realized that the feedback public orga­ni­za­tions received weren’t built on a human scale — the feedback was too general or too com­pli­cated for ordinary cit­izens to under­stand. He decided to create this test as a way to provide “bottom-up feedback,” meaning the feedback would come directly from the cit­izens of that town.

“He wrote the test as a way for the layman to start iden­ti­fying a town through a small- town lens,” Wilson said.

One of the major influ­ences on a town’s strength is the ease of opening and running a business. Two of the 10 ques­tions on the Strength Test pertain to the city’s ordi­nances, such as: “Imagine your favorite street in town didn’t exist. Could it be built today if the con­struction had to follow your local rules?”

Jane Stewart, owner of Smith’s Flowers, said the City of Hillsdale is great to work with.

“When I first pur­chased the building, I had to get various per­mis­sions, but they walked me right through it,” Stewart said. “There were things I needed to fix things for my own safety and for the cus­tomers, like adding in a light-up exit sign, but they walked me through it. They’re not hard people to work with. If you have any ques­tions you can call them or just walk on over.”

As it per­tains to the way a city manages its money, the test asks, “Before building or accepting new infra­structure, does the local gov­ernment clearly identify how future gen­er­a­tions will afford to maintain it?”

Another aspect of the test reviews the safety of the town, its sense of com­munity, and the ability for fam­ilies to live near one another.

“This is an awesome com­munity. People will say, ‘Really, you trust me to send you a check?’ I say of course,’” Stewart said. “We all look out for each other and help each other. It has a ‘homey’ feel, that small, hometown feel.”

“There are many local busi­nesses who employ school-aged children. Employers do this because they see the value of helping one another develop a pos­itive work ethic, build con­fi­dence, develop a sense of respon­si­bility,” Vondra said. “The local busi­nesses are very gen­erous with pro­viding support for extracur­ricular activ­ities for children. Last year, when our high school’s robotics team qual­ified for the World Cham­pi­onships, indi­viduals and busi­nesses made sure the team had the nec­essary financial resources to be a part of that amazing oppor­tunity.”

“From my family’s per­sonal expe­rience, we — myself, my wife Stacy, and two children — have lived in Hillsdale for a bit over 20 years. It has been a won­derful com­munity to raise our children,” Vondra said. “Like all Hornets, our children have been able to enjoy and benefit from a variety of expe­ri­ences in sports and extracur­ricular clubs. When com­bined with the oppor­tunity for cur­riculum that ranges from nearly A‑Z, from AP Cal­culus to welding. We couldn’t be happier with the options available for our children.”

In Sep­tember, Marohn pub­lished a book titled, “Strong Towns: A Bottom-Up Rev­o­lution to Rebuild American Pros­perity.” Wilson said the book is an encap­su­lation of how the Strong Towns message came to be, as well as Marohn’s per­sonal journey from a pro­fes­sional planner to a thought leader.

“His new book is about the Strong Towns message as a whole, which is a non­profit media orga­ni­zation to give people of all walks of life tools to identify our problems to grow and build our cities,” Wilson said.

More infor­mation about Strong Towns and a full list of the Strong Towns Strength Test ques­tions can be found at www.strongtowns.org. 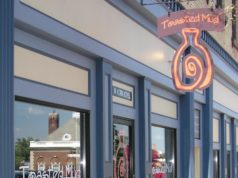 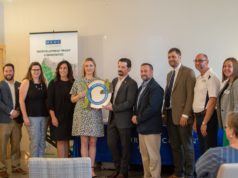