Miller, mostly known as “Mr. T,” retired from his position at the college almost two weeks ago. Miller has enjoyed a lengthy career in Hillsdale’s chem­istry department. Before coming to work for the College in 2005, he worked for Dow Chemical Company for 30 years and created more than 20 patents, six of which were com­mer­cialized.

“It’s really hard to do,” he said. “It’s a weird sta­tistic, only one of 1000 sci­en­tists ever gets one patent. But in the industry, there’s a lot of pressure for you to produce.”

Miller’s back­ground at Dow was fitting for his “com­bined role” of “teaching, lab man­agement, and over­seeing student employees in the lab.”

“The job was not orga­nized at all when I got here,” he said. “Nobody’s fault, it’s just the way it was. But I’m extremely orga­nized, and my mantra in the beginning was if I organize smart, I’ll never have to do any­thing.”

Director of Biology Frank Steiner said Miller “added a real sense of pro­fes­sion­alism to the job.”

“He raised the level of his respon­si­bil­ities con­sid­erably from the pre­vious lab director,” Steiner said in an email. “He also was willing to work with everyone — stu­dents, as well as pro­fessors — and he was very willing to step outside (when needed) of his job description.”

Miller’s replacement will be Doug Brozsci, of whom he could not speak more highly.

“The reas­suring thing is how great he is,” Miller said. “He’s in his young 60s, and is very athletic.We’re in close contact, and he’s going to be a super replacement.”

With his position filled, Miller’s next move is to leave Michigan for Georgia to focus on restoring cars and his family. Miller said he leads a “won­derful” life with a happy mar­riage and two sons who are now chemical engi­neers.

“One boy’s in Min­neapolis, the other’s in Atlanta, both suc­cessful,” he said. “It’s a sto­rybook life, you know. And so they pulled at us for the last 10 years: ‘Dad, you’re going to be 70: game over kind of thing. It’s time to relax and enjoy retirement.’ So I fought it for 10 years, and my wife said, ‘Please let’s do it.’”

In June, the Millers built a house on a golf course in a younger neigh­borhood in Georgia, where his wife and son cur­rently wait for him.

“Cathie’s already down there, sipping a mint julep, while I’m up here shov­eling snow and suf­fering in the land,” Miller said. “This weekend I’ll be driving down, forever leaving Michigan and becoming a res­ident of Georgia.”

But with all this said, leaving Hillsdale, espe­cially the people, will be hard for Miller.

“The dif­ferent uni­verse of student quality in terms of per­son­ality and honor and char­acter, it’s a special island in the world,” Miller said. “I hate to leave it.” 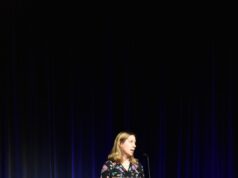 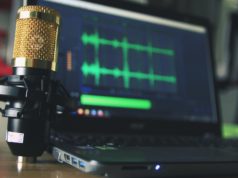