According to the NCAA, 95% of ath­letes go on to pursue a career outside of sports after grad­u­ation, and this year’s grad­u­ating group of Hillsdale seniors holds a wide variety of post-grad­u­ation plans.

Voisin, a swimmer, said she always wanted to compete at the col­le­giate level.

“It was a goal of mine throughout high school and def­i­nitely served to push me through high school,” she said. “I had four years to prepare, not just in the short term, but in the long term for after high school.”

Although Voisin knew she wanted to swim in college, she didn’t decide to major in Latin until her Great Books class.

“I really hated lan­guages, and then Hillsdale proved that teachers can make a great dif­ference,” Voisin said. “I had an amazing pro­fessor coming here who really invig­o­rated me and showed just how much was written in Latin and how many things I really wanted to read.”

Voisin plans on con­tinuing her clas­sical studies at the Catholic Uni­versity of America in Wash­ington, D.C.

“They have a Greek and Latin program,” she said, “and Semitic lan­guages and lit­er­ature. I’m hoping to do that to get a masters there and maybe go some­where else to get my Ph.D.”

As a football player, Graham is pur­suing a degree in exercise science.

“Exercise science is my major and I guess I could say that football has inspired it,” Graham said. “I’ve played football since I was in about 4th grade and ever since then I knew it was the sport I loved and wanted to con­tinue as long as pos­sible.”

Football at Hillsdale has greatly influ­enced Graham in his deci­sions. Graham plans to work in medical device sales or pos­sibly nursing or health care where he can help “as many people as pos­sible.”

“Ath­letics, besides my parents, has made the single greatest impact on my decision-making,” Graham said. “Every­thing I do revolves around sports and has since high school. I knew back then I had to stay out of trouble and do things the right way if I wanted to achieve my goals of playing col­le­giate sports.”

Ath­letics has developed his decision-making and focus, he said. Playing football has taught him to go with his gut feeling, which is some­thing he carries over into other areas of his life.

Although Graham won’t pursue any sort of pro­fes­sional level of football, it chal­lenged him to find passion in other things after grad­u­ation.

“Even­tually I have to stop playing football and figure out what I like to do besides football,” Graham said. “It’s really going to be an adventure fig­uring out what I truly love to do.”

As a golfer, Zetwick found a passion in finance through his team.

“A lot of the guys on the team are in finance and they were taking classes that they were inter­ested in and told me how inter­esting it was,” Zetwick said.

Zetwick interned for a wealth man­agement company and plans to work with internal finances in the future, but he will still hold onto his golfing career past grad­u­ation.

“Golf is kind of special in a way versus football where you can do it well into retirement,” Zetwick said.

Another col­le­giate athlete, cross country runner Joey Humes, has been running since 7th grade and will still be able to do so after grad­u­ation. As of right now, his plan is to attend graduate school for chemical engi­neering to pursue a master’s degree.

“I’m lucky enough to have one season of cross country left, so I could run at another school for just one season,” Humes said. “Right now it’s between the Uni­versity of Michigan and Purdue Uni­versity, and I could be in a spot where I could be in their top five, which would be pretty cool just to say I ran for their program. Even if it’s for one season.”

With grad­u­ation sneaking up on the seniors, it is impos­sible to have every detail planned out, but Humes summed up the necessity of car­rying one’s passion into post-graduate work.

“I can rec­ognize I’m not a pro­fes­sional athlete, and as far as post-grad­u­ation goes, I think that’s a really big factor,” he said. “I can look to the future and say this is where I want to be, this is what I want to do, and I’m going to find any way I can to get there.” 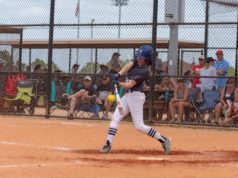 Eliminate the international tiebreaker rule at the collegiate level 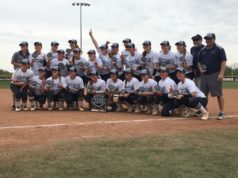