The HEARTSafe program has been helping schools become cardiac-emer­gency ready for six years, and so far 569 Michigan schools have earned the des­ig­nation.

Though rec­om­mended for every school in the state, it is not mandatory due to the high cost of some of the require­ments.

“The ultimate goal would be to have 100% of schools having this program, but for now there isn’t a timeline on it,” said Lynn Sutfin, Public Infor­mation Officer at the Michigan Department of Health and Human Ser­vices.

According to the Michigan Genetics Resource Center, SCDY kills roughly 300 Michigan res­i­dents between the ages of 1 and 39, annually. This program seeks to prevent as many deaths as pos­sible.

According to MDHHS, schools are eli­gible to receive this des­ig­nation if they meet five stan­dards: a written medical emer­gency response plan and team; current CPR/AED cer­ti­fi­cation of at least 10% of staff and 50% of coaches, including 100% of head varsity coaches and PE staff; acces­sible, properly main­tained and inspected AEDs with signs iden­ti­fying loca­tions; annual cardiac emer­gency response drills; and pre-par­tic­i­pation sports screening of all student-ath­letes using the current physical and history form endorsed by Michigan High School Ath­letic Asso­ci­ation.

Tina Varney, a reg­is­tered nurse and the Dis­trict Health Coor­di­nator for Jonesville Schools, helped Jonesville High School and Jonesville Middle School achieve this des­ig­nation for a second time. Working toward a HEARTSafe des­ig­nation was a natural extension of their AED program that began in 2004.

“It’s essential to be aware if your school has this,” Varney said. “It tells a lot about how a dis­trict feels about their stu­dents and staff by the pri­ority they give to these kinds of health con­cerns.”

The Jonesville Schools have trained all of their coaches and PE teachers in CPR, and have response teams that par­tic­ipate in several drills throughout the year.

Nikki McLouth is also a reg­is­tered nurse and works in special edu­cation for Green­field School, part of the Hillsdale County ISD. It took two years for her building to meet all of the require­ments, but she said the effort was important since many of the stu­dents she serves are at high risk for cardiac emer­gencies.

Though only 10% of staff are required to be cer­tified in CPR at Hillsdale County ISD, McLouth’s building chose to certify everyone.

“We have a lot of med­ically fragile stu­dents in our building, so we want to make sure we’re pre­pared,” McLouth said. 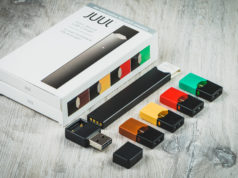 Administrators from local schools will attend seminar on vaping in Jackson