I felt lonely, dis­liked, and unhappy. So I decided to delete my Instagram, and now I’m more social than ever before.

Social media is not alto­gether bad. In fact, it offers many ben­efits: awareness for cam­paigns or events, con­necting and staying in touch despite dis­tance, bringing style inspi­ration to someone’s wardrobe or living space, or even a good laugh.

But in my expe­rience, social media has caused greater pain than pleasure in its exis­tence. So, I quit. And maybe, you should, too.

My Instagram story is unusual — at least in how it begins. Most people created an account in junior high or high school. For me, it became a college exper­iment.

So, after my freshman year of college, I signed up for Instagram. I fol­lowed all of my friends, added photos to my feed, and threw out likes like Hal­loween candy. No longer would I be at a dis­ad­vantage. Or so I thought.

Over the next year, however, I began relying on this crutch. I would use Instagram to famil­iarize myself with people I went to school with, remember people’s names, and gen­erally evaluate people based on their feeds, without ever meeting them. And because of this, I became socially-hand­i­capped.

When befriending someone, after meeting, I would hit the follow button to rein­force the con­nection. If wanting to talk to someone with whom I don’t usually speak, I could easily comment on her Instagram story or send her a direct message, without ever having to make physical contact. When making a com­pliment, I could flatter someone from my phone, making exag­gerated com­ments just to show how much I liked somebody’s outfit or their “squad.” Rarely did I com­pliment these aspects with the same vigor in person.

Even­tually, my virtual life began to affect my actual life and emo­tions.

Last spring, I struggled between friend groups, and quickly saw the evo­lution of these friend­ships tran­spire across my Instagram, as I became dis­il­lu­sioned. Fol­lowers who once com­mented things such as “Omg *heart eye emoji*” or “Can I BE you” on my posts sud­denly dis­ap­peared.

Quickly, as the likes, com­ments, and fol­lowers fluc­tuated, so did my emo­tions. This was when I knew it was time to end my little social exper­iment.

Within a year, I had about 800 fol­lowers, and a typical post — con­sistent with my well-cul­ti­vated aes­thetic of blue-green hues — would receive over 300 likes. But, I felt lonelier and less liked than ever.

What were all of these things that became my source of pride and security in the social scene? Numbers. To many, though, these factors are not merely numbers. Fol­lowers, likes, com­ments orig­i­nally seem to be a source of power, but end up becoming a source of depression and neu­roticism.

According to the Child Mind Institute, a 2017 study found that “over half a million eighth through 12th graders found that the number exhibiting high levels of depressive symptoms increased by 33 percent between 2010 and 2015,” linked to increased media screen time.

A girl can become dis­con­certed if her crush doesn’t “like” her recent post or decide to follow her back, or a guy can casually ask his crush to come over to watch a movie with a quick DM which can easily be unsent if con­fi­dence sud­denly loses its peak.

With social media, someone can think about his comment or message for minutes or even hours, spec­u­lating the dif­ferent reac­tions or responses that each will create. And, in effect, the imme­diate and raw reaction in someone’s posture, shifting of eyes, and general demeanor are lost.

“When we interact with others, we are con­tin­u­ously pro­cessing wordless signals like facial expres­sions, tone of voice, ges­tures, body lan­guage, eye contact, and even the physical dis­tance between us and them,” writes Liraz Mar­galit of Psy­chology Today. “We cannot under­stand the true meaning of an inter­action if we do not have the ability to interpret these non­verbal signals.”

Our gen­er­ation has become so tied to the secu­rities of social media, feeling that it will reduce face-to-face rejection or allow us to create a persona so that others may like us more, when it is actually causing us to become more insecure and less capable of making real human con­nec­tions.

When I deleted Instagram, I feared I would lose some friends. That’s not what hap­pened. It allowed me to have a fuller social life. But this time, for real.

I no longer scroll through my phone for hours, or wait for a par­ticular person to like my photo, with my state of hap­piness depending on it. Instead, I chat with a friend to figure out what vacation she just went on or to see who she’s dating. We, now, have actual con­ver­sa­tions.

Today, when I socialize, I am able to be fully present. And those are the moments that, without the measure of fol­lowers, likes, or aes­thetic, I am able to be remem­bered not by how my feed looks, but how I make the people around me feel.

Isabella Redjai is a George Wash­ington Fellow and a junior studying political economy. She is the assistant opinions editor for The Col­legian. 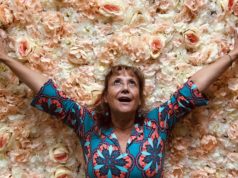 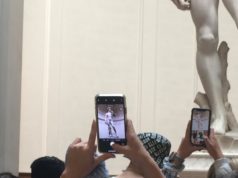 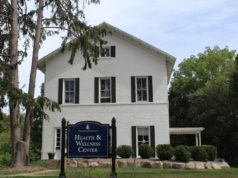