While the Chron­icles of Narnia series has enthralled its readers for several gen­er­a­tions, Pro­fessor Michael Ward of the Uni­versity of Oxford con­tends that many have glossed over its deeper meaning.

Fol­lowing his con­vo­cation address in Christ Chapel on Nov. 14, earlier that morning, Ward gave a lecture titled “Great Balls of Fire: C.S. Lewis, Narnia, and the Planets” in Lane Hall. A senior research fellow at the Uni­versity of Oxford and a pro­fessor of apolo­getics at Houston Baptist Uni­versity, Ward has studied C.S. Lewis expan­sively. His work includes authoring a book called “Planet Narnia: The Seven Heavens and the Imag­i­nation of C.S. Lewis” and serving as an editor for “The Cam­bridge Com­panion to C.S. Lewis and C.S. Lewis at Poets’ Corner.”

Ward started his lecture by asking the audience who had read at least one book from the Chron­icles of Narnia. Although everyone raised a hand, Ward demon­strated that most did not know the rea­soning behind C.S. Lewis’s famous work.

“If we are apt to call Narnia a hodge-podge,” Ward stated, “we should look again.”

Ward stated that the Chron­icles of Narnia might just appear as a col­lection of stories with a mix of dif­ferent set­tings, thereby reducing its worth to a great piece of lit­er­ature.

“Scholars say they are just for the children,” Ward said.

For years, aca­d­emics have sought the series’ under­lying meaning, including what each of the seven books could sym­bolize. The­ories range from the seven deadly sins to the seven books of the Faerie Queen. There have been dis­agree­ments among scholars, however, and no clear answer has been reached.

Ward believes that the seven books of the Narnia series rep­resent the seven planets of the medieval uni­verse: Jupiter, Saturn, the Moon, the Sun, Mercury, Venus, and Mars.

He gave four reasons to support his claim: Lewis’s secretive nature, his belief in Colos­sians 1:16 – 17, the “Kappa Element in Romane” or the hidden ele­ments in stories, and trans­ferred clas­sicism, a lit­erary device that exploits paganism for Christian pur­poses.

Ward pre­sented evi­dence for his theory from each of the books. For example, he claimed the Voyage of the Dawn Treader is the sun story. During the book, the char­acters move closer and closer to the sun and the dawn. The theme of dragons in the book, according to Ward, makes sense because the sun and light god, Apollo, is known as the dragon-slayer in Greek mythology. Aslan, the Christ figure, is seen shining in the sun­light, demon­strating how he is the true and better Apollo and the light of the world.

“It could be used as an imag­i­native blue­print to provide atmos­phere for the book,” Ward said.

He insisted that this system pro­vides a palate on which Lewis cast his Christian message of a Christian God and Jesus Christ as greater than all the gods rep­re­sented by the planets.

Sophomore Abraham Sul­livan, who was pre­vi­ously familiar with Ward’s book, was con­vinced of the argument’s validity after the lecture.

“I like how he revealed his theory to us as he dis­covered it himself,” Sul­livan said. “His demon­stration on the screen proved it to me.”

“Lots of small ele­ments made him inter­esting,” Naumann said. “He’s witty, insightful, and well-read. It’s a good com­bi­nation to listen to and learn from.” 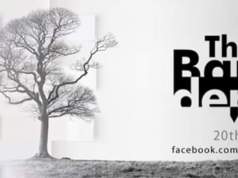 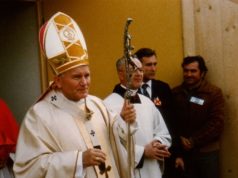