Kappa Kappa Gamma will be hosting a concert on the quad this Sat­urday at 6:30 p.m. with country singer John King, a Ten­nessee-based musician who has per­formed for Kappa soror­ities all over the country.

Senior and event chairman Caterina Moran, who orga­nized and com­mu­ni­cated with King, said he reached out to her through email about per­forming.

“He per­forms for Kappa chapters all over the country, and he really loves per­forming for Kappas and reached out and was like, ‘Would you guys be inter­ested?’ So we kinda just rolled with it and it’s hap­pening and we’re all really excited about it,” Moran said.

The concert will raise money for Kappa’s phil­an­thropy Reading Is Fun­da­mental Foun­dation, which focuses on raising awareness about lit­eracy for children. Senior Callie Shinkle, the chairman for phil­an­thropy, said the money raised will go towards buying books and donating them to the foun­dation and the under­priv­i­leged areas of the com­munity.

“We would like to bring Reading is Fun­da­mental to the local level,” Shinkle said. “We buy books and read to kids and they get to take the books home.”

The tickets for the concert cost $12, which Moran said is very cheap in com­parison to tickets for any other concert. Shinkle said the cost accom­plishes their goal for fundraising and for stu­dents’ afford­ability.

“We wanted to make it affordable for stu­dents but still to the point where we could raise money off of it,” Shinkle said.

Moran said having the event on the quad will make it more open and acces­sible to campus, and she is excited to see it bring the sorority together.

“It’ll be a chance for us to all come together and work for a common goal,” Moran said. 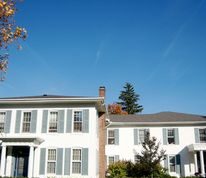 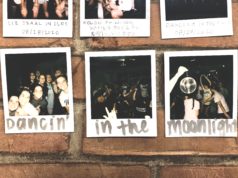 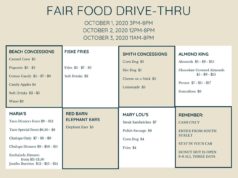