With tem­per­a­tures hov­ering around 35 degrees, a crowd braved the chilly weather to enjoy a per­for­mance by country musician John King on Nov. 9. Hosted by Kappa Kappa Gamma, the pro­ceeds from the concert went to support child lit­eracy.

King has per­formed for Kappas all over the country and reached out to the Hillsdale chapter asking if they would be inter­ested in having him come for a per­for­mance.

“I started playing a lot of college/Greek func­tions when I was in school at UGA and just started building this college fol­lowing,” King said in an email. “Ever since we’ve been touring dif­ferent cam­puses and chapters to build that fol­lowing even more. I’ve just found college stu­dents are the ones looking for new, exciting music and that’s the kind of fanbase I want to build.”

Senior and Event Chairman Caterina Moran said they were happy to hear from him.

Moran warned King, who was born in Georgia and is now based in Ten­nessee, that Hillsdale is a small town and would probably be colder than he was used to.

“We told him it’s a small town in rural Michigan but we love it, and you fall in love with it really quickly,” Moran said.

King told the crowd at the concert that Hillsdale reminded him of the small, rural town he went to college in and that he felt right at home. But he added that these were some of the coldest tem­per­a­tures in which he had ever per­formed.

“It was cold but you guys warmed it up with all the amazing energy. What a crowd!” King said.

King’s music and original songs were classic country. As we shivered and sur­rounded the space heaters on the patio outside the Old Snack Bar, he reminded us of warmer weather with his song “Heat Wave” and classic country hits like “Barefoot Bluejean Night.”

“I was front row, loving it, singing along. So I had a good time,” Moran said.

Moran esti­mated that they sold more than 150 tickets and raised about $1500 for charity.

“All of the $1500 is going directly to charity. We will be donating to Reading is Fun­da­mental (RIF). It is a charity orga­ni­zation that helps provide books to children nationwide,” junior Taylor Dick­erson said in an email. “They ‘gen­erate awareness, implement pro­grams in schools, and engage with com­mu­nities to impact children’ on the basis of reading.”

They also plan to use part of the money raised to per­sonally give books to children in the local schools around Hillsdale county.

“We always have a ‘Reading is Key’ event and we go to the preschools around the county and bring them books and read with them,” Moran said.

King said he loved his time here and was thrilled with the enthu­siasm of the crowd.

“Everybody made me feel so at home and I am so excited to come back,” King said. “Ready to do it again next year.”

He was espe­cially excited when much of the audience knew the lyrics to his songs.

“I looked out at one point and the crowd was singing every word to ‘Try Saying Goodbye.’ King said. “That absolutely made my night.” 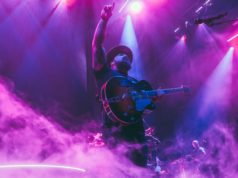 Five reasons why country is the best genre, from a former country music hater 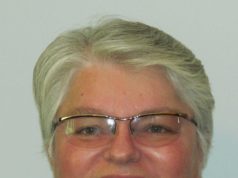 Kappa house director to retire at end of semester