Vis­itors of the Greater Hillsdale Humane Society are greeted with a clean and cheerful envi­ronment, the purring of con­tented cats, and the smiling face of Jill Richardson, the shelter manager. A year ago, a trip to the humane society would have been a very dif­ferent expe­rience.

Since new man­agement took over Dec. 22, 2018, the shelter has erad­i­cated a ringworm out­break, solved its over­crowding issue, embarked on a fundraising cam­paign to ren­ovate its facil­ities, and had 214 cats and 14 dogs adopted.

And the com­munity is taking note.

Senior Madeleine Miller, who has vol­un­teered at the shelter since 2016, wrote in an email, “When I visited last week, I was sur­prised to find that the shelter was tidy and nicely dec­o­rated. It even smelled good.”

When Julia Bauer became pres­ident of the Humane Society last year, she knew the shelter needed to improve.

“We needed to change the whole per­ception of the shelter. We needed to bring a new focus to the reason we are here: to adopt animals into loving homes in this com­munity and not to have such an abun­dance that it is almost impos­sible to care for them,” Bauer said.

Prior to Bauer’s lead­ership of the orga­ni­zation and the overhaul of the board, the shelter was grossly overrun. It housed 27 dogs in 25 kennels and 257 cats in only 32 cages. For ref­erence, the Department of Agri­culture stip­u­lates only 50 – 60 cats can be housed in a building of that size.

As a result of over­crowding, disease ran rampant.

“If a cat sneezes and it’s too close to another cat and there is no barrier, the other cat’s going to get sick too,” Richardson said. “To keep disease down, you must have the right ratio of space to animals.”During their first two months of lead­ership, Bauer and her team focused on solving the ringworm problem. For an animal to qualify for adoption, it must show no symptoms of ringworm for six weeks. As a result, the shelter was not able to put up any animals for adoption until Feb­ruary 2019.

Once the animals received a clean bill of health, the Humane Society began putting them into loving homes or sending them to either PetSmart or Huron Valley Humane Society in Ann Arbor where they had a better chance of adoption.

Grad­ually, the shelter brought down their numbers to a more man­ageable level. As of Nov. 12, the shelter houses 43 cats and 3 dogs.

With the over­pop­u­lation problem solved, Bauer and her team were able to focus on improving their facil­ities. Their building hadn’t been updated since 1992 and had major design flaws. One of the chal­lenges they face is how to house both cats and dogs in the same building.

“We’re trying to accom­modate both animals, cats and dogs, without stressing either one out but still in the con­fines of this building,” Bauer said.

To solve this issue, the new con­struction will place the dogs in the back two rooms and the cats toward the front of the building.

Another design problem with the building was the kennel room. Because in the old con­fig­u­ration kennels ran on both sides of the walls, the dogs faced each other and worked each other up into a frenzy. Con­crete walls amplified this issue, echoing the barking to create pan­de­monium.

“It was bedlam,” Bauer said.

The new con­struction creates 17 kennels for the dogs, 12 of which will include outdoor runs. No longer will dogs share kennels, instead, each will have a sep­arate space.

The con­struction team has already installed new ven­ti­lation, heating, and air con­di­tioning systems that help with disease control. Addi­tionally, the Humane Society plans to create puppy and kitten rooms to protect smaller animals from larger ones.

“We’re working to make it more friendly here for the pets and for the people who come here to adopt,” Bauer said. “You’re going to see the animal in a more home-like envi­ronment. That’s what our plan is.”

Bauer credits her team with the success of the past year.

“We had to change, and the people behind this have been fan­tastic,” Bauer said, praising the efforts of Jill Richardson and Emily Wood.

From getting their animals healthy, ren­o­vating their facil­ities, and, most impor­tantly, putting pets into loving homes, Hillsdale Humane Society has accom­plished a lot this past year. 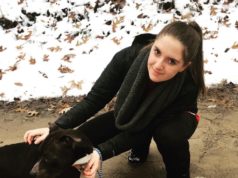 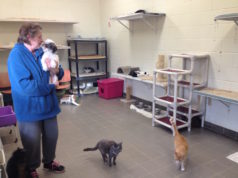 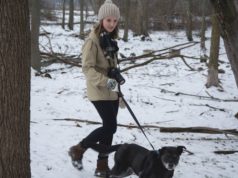 From pets to peer ministry, Hillsdale students give back