Mark Zuckerberg and Facebook just endorsed Donald Trump for re-election — or so some Democrats thought, after the social media company expanded the freedom to advertise on their site.

Senator and pres­i­dential hopeful Eliz­abeth Warren, D‑Mass., is running adver­tise­ments on Facebook with this false claim to call out the platform’s new policy of expanding what politi­cians can run in their political ads. Warren is wrong to mock the policy because it pro­tects free speech and puts power in the hands of voters.

The policy requires an ad creator to com­plete an autho­rization process, including uploading a gov­ernment I.D. The ads aren’t checked for accuracy, and as long as they don’t violate the rules, can stay up — regardless of whether what was said in the ad was true or not.

Zuckerberg received crit­icism from just about everyone. EU Com­mis­sioner Mar­grethe Vestager said the policy puts “democracy at risk.” Demo­c­ratic hopefuls are worried about Russia exploiting the social media site to bolster Trump. Even 250 of Facebook’s own employees wrote an open letter, which said: “It doesn’t protect voices, but instead allows politi­cians to weaponize our platform.”

It’s easy to say Facebook should ban mis­in­for­mation, but the imple­men­tation of such a policy isn’t so simple. With 7 million adver­tisers on the platform and 293,000 status updates every minute, infor­mation moves faster than any fact-checker could keep up with.

Aside from the sheer amount of content to work through, how could Facebook workers in Silicon Valley determine the accuracy of an ad about a school board can­didate in a rural school dis­trict in Ohio?

Zuckerberg recently spoke at Georgetown Uni­versity about his company’s decision and its impact on free speech.
“I don’t think most people want to live in a world where you can only post things that tech com­panies judge to be 100 percent true,” Zuckerberg said.

He’s absolutely right. If a Catholic orga­ni­zation runs an ad saying a state senator sup­ports ‘killing babies,’ but a Facebook employee decides that it’s a clump of cells, will it be taken down?

Even the CEO rec­og­nizes this is too much power for his orga­ni­zation. It’s impos­sible to execute and will inevitably end up favoring left-leaning adver­tisers.

An analysis by Gov­Predict showed that from 2004 to 2018, Facebook employees have made “87% of their political con­tri­bu­tions to Democrats and pro­gressive causes.”

Con­ser­v­a­tives com­plain con­stantly about being dis­crim­i­nated against by Big Tech. Letting it verify and proofread ads is asking for the problem to expand expo­nen­tially.

Twitter pro­vided an alter­native to the com­plex­ities of checking for accuracy last month, when the site alto­gether banned political adver­tising on its platform.

This may seem like the ideal com­promise, but it spells dis­aster for democracy.

Zuckerberg pointed out that banning political ads dis­crim­i­nates against local can­di­dates and favors those who have name recog­nition and receive the most media cov­erage. It’s easy for famous U.S. sen­ators to survive without ads, but that’s not the case for local can­di­dates.

I’ve vol­un­teered on many school board and township board cam­paigns. Getting the word out is dif­ficult in these elec­tions, and Facebook is vital to reach the com­munity. Simply running a page for a can­didate and posting on it doesn’t get a sub­stantial reach. Adver­tising is crucial in small elec­tions, where most of the voting pop­u­lation doesn’t know who’s running.

Media cov­erage is abysmal in local elec­tions. On a bigger scale, there’s no question the Demo­c­ratic Party will receive favorable cov­erage, while the other side is left with few ways to advertise their views in return.

Addi­tionally, the question of what even con­sti­tutes a political ad will inevitably arise. If seem­ingly con­tro­versial ads on abortion or climate change can stay up while politi­cians’ ads can be taken down, politi­cians would have less of a voice than everybody else.
The best solution is exactly what Facebook is already doing: allowing uncen­sored adver­tising.

This not only helps those running, but it gives power to the pop­ulous. If a can­didate is willing to bla­tantly lie to the com­munity, voters ought to know that and make their judgment accord­ingly. Facebook archives all political adver­tise­ments so they can be scru­ti­nized for years to come, which allows voters to know the records and honesty of those running for political office.

Zuckerberg should stand strong in the defense of his company’s policy. Policing ads would be extremely dif­ficult to admin­ister and will further alienate con­ser­v­a­tives. Banning ads will cripple local elec­tions and create great con­fusion about what ideas can be dis­cussed. Allowing all political ads makes voters more informed and gives them the ability to cast an informed decision on election day.

Ben Wilson is a sophomore studying pol­itics and is a reporter for The Col­legian. 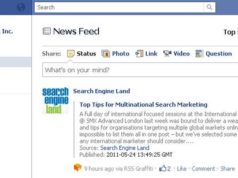 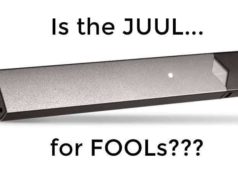 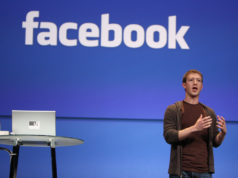