Many Hillsdale stu­dents have ques­tioned why they are required to take three lit­er­ature courses during their time at Hillsdale. The English department, in their biannual “Opening Charge” lecture series, seeks to explain why.

For the past four years, the Hillsdale College English department has hosted a lecture each semester that explains to stu­dents the impor­tance of studying lit­er­ature, a practice started by Pro­fessor of English Stephen Smith.

“My under­graduate program had a nice tra­dition of opening charge lec­tures, and I thought we might try such a thing in the English department here, with a focus on poetry, poetics, and the impor­tance of studying great lit­er­ature,” Smith wrote in an email.

English faculty are invited by the chair of the English department to deliver the lecture.

“I think some stu­dents are very curious about dif­ferent pro­fessors’ per­spec­tives on what one does when one studies lit­er­ature,” Pro­fessor and Chair of the English department Justin Jackson said. “It’s nice to see pro­fessors defining their dis­ci­pline for us. And in our department we have so many dif­ferent approaches to lit­er­ature and it is very diverse. So I love it because I get to hear my col­leagues and how they are trying to do some­thing with lit­er­ature.”

The lec­tures typ­i­cally range from 30 to 40 minutes, with a question and answer period fol­lowing.

“The first lec­tures addressed ques­tions like ‘What is the rela­tionship between poetry and reality?’ and ‘Does poetry make any­thing happen?,’” Smith said. “Other lec­tures have focused on a theme like ‘gift and medi­ation,’ or artic­u­lated some char­ac­ter­istics of ‘the ideal reader,’ as Dutton Kearney did via his fine reading of a Wallace Stevens lyric.”

This past semester’s lecture, titled “Things Below: Thoughts on This World and Lit­er­ature,” was delivered by Pro­fessor of English John Somerville in the Conrad Recital Hall.

“In that beau­tiful setting, Dr. Somerville spoke on faith and the artist’s work,” Smith said. “He shared his own under­standing of how religion, lit­er­ature, and cre­ation relate to one another. He also elu­ci­dated Flannery O’Connor’s best thoughts on faith and art. It was a deeply thoughtful address, and I was delighted to see him deliver it.”

Sophomore and English major Vic­toria Nuñez attended the lecture and said it was very illu­mi­nating.

“As an English major and a Hillsdale College student, we put a lot of value onto ideas — right­fully so — but some­times I feel like we get lost in the abstract and the the­o­retical without taking the time to look at what’s around us and say, ‘this matters, too,”’ Nuñez said. “So, at the very least, it was a relief. But at the most, it was inspiring because that’s one of the ideas of being a poet or a writer — to see the ordinary and look at it in a new light.”

Jackson cannot stress the impor­tance of these lec­tures enough, espe­cially for non-English majors.

“The college actually values the study of lit­er­ature, and so we like to have these lec­tures be this con­scious under­taking of what lit­er­ature can do for you,” Jackson said. “It’s important stu­dents under­stand that the lecture is not just for English majors. Anybody who is in the human­ities and social sci­ences ought to be fas­ci­nated because it’s not just about spe­cific pieces of lit­er­ature, it’s about how we even approach this act of reading, which every dis­ci­pline approaches in a slightly dif­ferent way.” 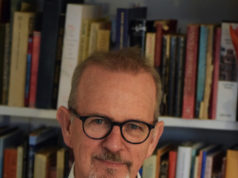 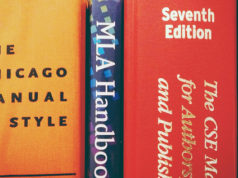 English department to switch from MLA to Chicago