In an effort to make its yearly silent retreats free of charge, Catholic Society requested and received its first funding from the Student Fed­er­ation.

With only two more meetings left in the semester and over $7,400 left in dis­cre­tionary funds (not including the surplus), according to Trea­surer Evan Welch, the fed­er­ation awarded $5,040 to Catholic Society to cover the cost of two weekends of retreats, which will allow the club to use the sig­nif­icant portion of its budget tied up in the retreats to expand pro­gramming in other ways.

Catholic Society has offered two weekends of silent retreats — one for women and one for men — every spring semester for the past several years. It pre­vi­ously cost stu­dents $30 to attend, with Catholic Society sub­si­dizing the rest of the over $100 needed to cover the expense of attending. Despite keeping the fee low, the lead­ership board decided that it was important that cost not be a deterrent.

“Silent retreats have been one of the most rev­o­lu­tionary expe­ri­ences in my life, com­pletely unique among the spir­itual retreats I have gone on and very near and dear to my heart,” said Catholic Society Pres­ident Patrick Mitchell in his pitch to the fed­er­ation. “We have heard only pos­itive things from the stu­dents who attend.”

Per the require­ments for receiving money from the fed­er­ation, Mitchell stressed that the retreat is open to any and all stu­dents, not just Catholics.

The organization’s goal was to have the entire cost of the retreat covered by the fed­er­ation so as to have more flex­i­bility with their budget.

“The reason why we’re requesting funding for this event in par­ticular is because a lot of the money in our budget is tied up in this one event,” Mitchell said. “Since it’s so estab­lished, we know exactly how much it costs and how much to request. We have found ways to min­imize the cost.”

Catholic Society has min­i­mized the cost of the retreats in several ways. Tim and Peri Rose Force, the couple who manages the Grotto, cook all the food for the retreat. Par­tic­i­pants clean up after them­selves, which elim­i­nates the cleaning cost. They also share the retreat center with stu­dents from the Uni­versity of Michigan, which covers a sub­stantial portion of the overall price of renting the retreat center.

“We’re hoping that with the extra money we are able to save from having this retreat sub­si­dized to expand our oppor­tu­nities going forward next semester,” Mitchell said. “We would like to have this money freed up to host more lec­tures and retreats that would benefit the whole student body.”

Several fed­er­ation members pushed for a reduced grant on the terms that Catholic Society still charge a nominal cost to those attending. Mitchell responded that their intention was to make the retreats free no matter what. The amendment to reduce the grant did not pass, and Catholic Society was awarded full funding

“The role of the fed is not to judge how they pre­cisely spend their money, or whether they charge stu­dents or not, but merely judge the strength of their pro­posal that cuts costs as much as pos­sible, and that rep­re­sents the interests of the entire student body,” said Rep­re­sen­tative Kathleen Hess. “Of the many pro­posals we’ve seen, this is one that does all these things the best.” 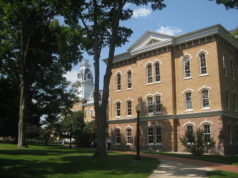 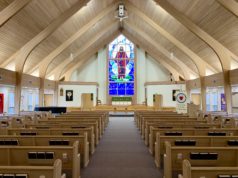