Asso­ciate Pro­fessor of Pol­itics John W. Grant took over as chairman of the pol­itics department this summer after teaching here since 2010. With prior admin­is­trative expe­rience at the Uni­versity of Dallas, Grant said he is enjoying his new role.

“I really like the stu­dents, I’ve got great col­leagues, and I think we have a mission that is noble and good,” he said.

Tonight, Grant will deliver a lecture titled “Con­serving Lib­er­alism? The Con­ser­v­ative Debate on Lib­er­alism and Foreign Policy” at 7 p.m. in Lane 236.

Grant has taught over 20 courses at Hillsdale, including American Foreign Policy and Modern Political Phi­losophy 1, as well as pol­itics elec­tives. He said he has enjoyed all the courses he has taught and is teaching, noting his War and Pol­itics: Post World War II as espe­cially enjoyable.

“He’s the greatest, and his ‘Grant Rants’ are also fan­tastic,” he said.

Grzywacz said that Grant’s com­mentary on modern pol­itics that he weaves into the lesson on classic books helps develop his overall under­standing of pol­itics. Grzywacz has dubbed his dis­cussion of modern pol­itics as “Grant Rants.” The way he com­mu­ni­cates with and lec­tures to stu­dents is special, he said. He also likes to study under pro­fessors who connect current events to lec­tures.

Although Grant is extremely intel­ligent, Grzywacz said, a quality his lec­tures make obvious, his teaching style and demeanor make him very approachable.

“He’s a great choice to be pol­itics chair,” he said. “He’s very friendly and approachable, and I’m sure that carries over to his col­leagues.”

Grant said that in 20 years of teaching, he has seen some big changes in his stu­dents and their needs. Earlier in his career, stu­dents were more spirited. Now, he said, stu­dents are more agreeable and friendly.

And they are a busy group as well. Unlike even 10 years ago, Grant said, stu­dents often ask for letters of rec­om­men­dation for summer intern­ships, whereas they used to ask solely for graduate schools. The emphasis on finding an internship and involving oneself in campus in so many dif­ferent ways is new.

“When I was in school, I don’t think I was as stressed as a con­tem­porary student because I worked, studied, and socialized too, but I wasn’t planning my appli­cation for this, that, and the other thing,” he said. “And I didn’t know anybody else who was.”

Despite taking over as chairman, Grant manages to teach the same amount of classes: three per semester. But now he now also coor­di­nates con­ver­sa­tions between the admin­is­tration and the rest of the department.

“That’s what I’ve expe­ri­enced here with the deans and the provost,” Grant said. “They’re very col­legial, and they want to talk through things to solve issues.”

“I’m very happy he was willing to take on the job,” Craig said. “I’m also very happy to be relieved from the respon­si­bil­ities of the chair.”

Before coming to Hillsdale, Grant taught for 12 years and served as the dean of student life at the Uni­versity of Dallas. Of his dif­ferent roles, he said he prefers teaching far more than working in admin­is­tration.

His role now, as pol­itics pro­fessor and chairman, allows him to do both. 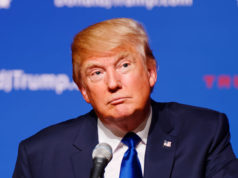