When I sat in the booth at the Local Eatery, my bottom hit the gray-painted wooden booth with an audible clunk — just as it would at The Palace. Grungy as they were, I loved those old booths and the pink-topped tables.

The Palace was an old-timey diner, known for staying open until 2 a.m. on weekends. Empha­sizing classic diner food, The Palace was known for its giant cin­namon roll pan­cakes and com­forting breakfast platters. A late-night haven for stu­dents on the weekends, it was one of the best spots for breakfast in Hillsdale. After The Palace closed in the spring of 2019, the building was empty for several months as its new owners ren­o­vated. The Local Eatery opened the doors of the ren­o­vated space for a soft opening on Monday, Sept. 23.

Walking into the Local Eatery, it felt fresh. The floors were clean, the air was clean, the tables and booths were clean and new.

In con­trast to its beloved pre­de­cessor, the decor at the Local Eatery is bland. It’s gray. The entire Local Eatery, from the floor to the walls to the booths and the ceiling, looked a bit like some­thing out of “The Giver”: simple, col­orless, precise. There’s less room for big groups now, since they put in more booths where there used to be bigger tables in the back.

The menu at The Palace was grubby, and it was fitting. The food was greasy, and the floors were too. The Pepto-bismol-pink walls with old-timey murals and a Penn State pennant were weird and com­forting, like an old sweater you would find in your grandmother’s closet. And you left The Palace the same way you left grandma’s — happy, full, and feeling loved.

As a part of its soft opening, The Eatery has only rolled out a partial menu so far, which con­sists of roughly twenty items. Not included: platter-sized pan­cakes, the only thing that could cure a heart­break late on a Sat­urday night or a hangover on Sunday morning.

Will this year’s freshmen, and every class that follows, never know the joy of sitting at a bubble-gum-pink table and eating a giant pancake at 2 a.m.?

The new “Palace in Grayscale” leaves a dif­ferent taste in your mouth. The menu is smaller, but the dishes are complex, gourmet even: French toast with rum custard. Chicken and Liège waffles with sugar crunches. Both, by the way, are deli­cious, though the opening-week wait was long.

I’ll miss the classics. The scrambler, with eggs, sausage gravy, sausage, green peppers, and onions, the cin­namon swirl pan­cakes that were bigger than my head. My first three years of college wouldn’t have been the same without these weekend staples.

The Palace served the ultimate comfort food. Simple, like a warm hug, it was the best thing to take the sting out of the bit­terly-cold days and eter­nally-long winters Hillsdale is famous for.

The Local Eatery’s menu is cer­tainly more artisan, and it was deli­cious. It serves a dif­ferent purpose. 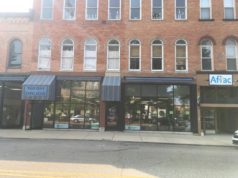 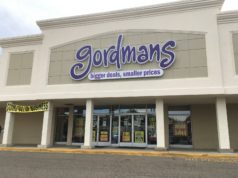 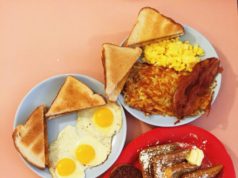