When I was about 13, my dad went through a phase of playing Tom Petty in the car on Sunday mornings. As we drove down the highway to our Pres­by­terian church in Middle Ten­nessee, I would whine in the back seat about how annoying Petty’s voice was. The rest of my sib­lings enjoyed Petty; I couldn’t wait to switch back to Toto.

“He’s too nasal” was my com­plaint. Iron­i­cally, it was the song “I Won’t Back Down” which I adamantly opposed.

My dad told me Petty, like olives, coffee, alcohol, was an acquired taste. Give it some time to grow on you.

He was right, of course. “Love is long, long road,” Petty sings in the song of the same title. Over the years, I found myself craving the smooth opening chords of “I Won’t Back Down” just as much as the instantly-rec­og­nizable metallic guitar strum that opens “Free Fallin’.” If there’s one thing Petty knows, it’s how to start a song.

Though Petty’s place on the rock ‘n’ roll spectrum is a lot closer to roll than rock, there is no question it’s classic. We all know the story of the good girl who loves Jesus and her boyfriend, too, and when in 2018 Petty released a live album with folk artist Mud­crutch called “An American Treasure,” no one batted an eye. It made sense, after all, that one of the defining artists of the American rock scene would answer to folk influence. That’s America’s gig.

Pro­duced by Jeff Lynne, Petty’s got the ear­marks of many of Lynne’s greats: “Feel A Whole Lot Better” could be ripped off a Beatles album with it’s groovy har­monies. Like Bob Dylan, Petty often talks his lyrics rather than singing them, and he tells dark stories about weird char­acters (see “A Mind With A Heart of It’s Own”).

But what makes Petty dis­tinctive is that nasal voice I once hated. A little sen­ti­mental, a little southern, a little of some­thing you can’t put your finger on — it’s the perfect com­panion to butter-smooth guitar picking and a slow-marching drum.

His original 1989 album “Full Moon Fever” is Petty’s most well-known, but I think his third album, “Highway Com­panion,” released in 2006, is his best.

The cover art depicts an astronaut and a gorilla in the desert, staring at a rocket. That just about sums up the album’s theme — and much of Petty’s music, too, as a lyricist who often wrestles with the rock star life and its impli­ca­tions. Like America, despite incredible eco­nomic success that should mark a success story, Petty still struggles to know who he is.

The album opens with “Saving Grace.”

“It’s hard to say who you are these days/But you run on, anyway, don’t you baby?/You keep running for another place/To find that saving grace,” Petty sings.

Later in the song he alludes to the modern American ten­dency to claim religion without changing our behavior: “There’s a guard on every door/And a drink on every floor/Overflowing with a thousand ‘Amens.’”

Instead of offering solu­tions, Petty pivots. In “Down South,” he sings about “chasing ghosts,” a musing on the ide­alized American south as the soft antidote to the “harsh north” and the reality that it’s just as broken as any­where else in the country. In one verse he decides to recreate himself in the South to “impress all the women/Pretend I’m Samuel Clemens/Wear seer­sucker and white linens.”

In the next verse, he turns it on its head.

“Spanish moss down South/Find the heroes of my childhood/Who now can do me no good,” he sings.

Petty’s America is a lot like the America of the Southern Gothic lit­erary movement, but with a dis­tinct rock ‘n’ roll flavor. Where Spring­steen embodied the rustbelt of America, and the Eagles were unmis­takably south-western, Petty is the mil­itary brat who’s been all around the U.S., but always comes back to the South. It’s a place full of mystery and brooding and — like most home­towns — you might say you don’t belong there, but for some reason you keep coming back all the same. Rinse and repeat.

In Petty’s sig­nature style, “Jack” repeats one line over about 15 times: “You say what you want to Jack/I’m gonna get my baby back.”

In the last verse, he defines soul.

“If you give me half a chance/I will make her sing and dance/I’m gonna give her all my soul/I’m gonna play her Rock’n Roll,” he sings. 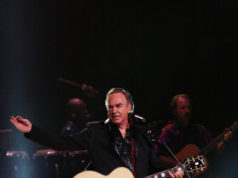 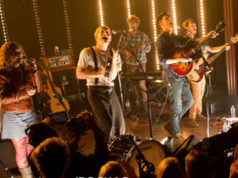