“It has a vignette of Chief Baw Beese on the hood, and it was called the ‘Baw Beese,’” Sheffer said. “It’s very cool that it honored the Natives of Hillsdale County when it was ordered.”

Hillsdale His­torical Society member Kathy Fowler added that the Sea­grave was one of the first mechanical firetrucks that the City of Hillsdale owned.

“Older res­i­dents who remember it being here orig­i­nally have such fond mem­ories of it,” Fowler said.

Due to the vintage char­acter of the Sea­grave, the His­torical Society knew it would need to build a climate-con­trolled barn to store the artifact.

When the society first acquired the Sea­grave, Sheffer said, it looked into building a small climate-con­trolled barn. When one family, however, heard about the Society’s need for a new building, they offered to donate the funds nec­essary to com­plete the project.

“It’s been over a‑year-and-a-half process of dealing with the donor family and agreeing on the structure,” Sheffer said. “We cer­tainly appre­ciate the donor for doing this in memory of the society member. She passed away, but the family and the society agree that she would be proud of this structure and how it’s going to look, that it’s keeping in line with the his­toric nature of the property.”

Sheffer said the new barn will have metal siding but have a similar appearance to barns from the early 20th-century.

The His­torical Society gave him 18 dif­ferent his­toric building images to work off of as inspi­ration for the new museum, according to Sheffer.

“We didn’t want a standard pole barn sitting there,” Sheffer said. “Our long-term plan for the site is to have other his­toric buildings there, to have a small depot, a one-room classroom, like a mini-village. We wanted this barn to fit into the era of the turn of the 20th-century type structure.”

Taylor said he incor­po­rated as many his­torical aspects into the museum’s design based on the images.

“We’re just happy to be involved with the project because we see our­selves as a com­munity member,” Taylor said. “We appre­ciate the his­toric society allowing us to be part of this project.”

In addition to the Sea­grave, Fowler said the His­torical Society will also store the Deal Buggy, which was orig­i­nally made at the Deal Buggy Factory in Jonesville, in the new museum.

The museum will also house other his­torical dis­plays.

“Things that we cur­rently have sitting in the barn we can get put into a better storage facility, we’ll get those moved in and can hope­fully accom­modate other dona­tions as they get moved in, easier and better,” Fowler said. “Our house right now is full. When people do want to donate, we can’t always display some­thing because we don’t have room for it.”

Sheffer said the society does not have a spe­cific date set to begin con­struction. Once Foulke Con­struction begins ground-breaking, Taylor said the project is expected to take eight to 10 weeks.

“We are very hopeful, and Foulke is as well, that it will happen this year,” Sheffer said. “Matt was going to make calls imme­di­ately after the check was deposited, we gave him the go-ahead. Hope­fully, we should know quite soon if it’s going to com­mence building this year.” 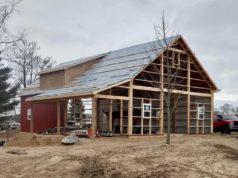 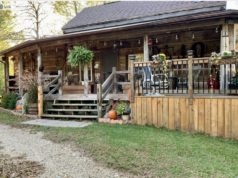 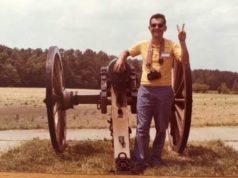