Allen said in an email that he runs a report and checks it against the records from the registrar’s office and Student Affairs. His cal­cu­lation is based on the number of stu­dents who re-enroll for their second fall semester, so the report only tracks “non-transfer stu­dents who began full-time, in the fall.”

For schools in Hillsdale’s Carnegie Clas­si­fi­cation, Allen said public data as of fall 2017 show that these schools — other four-year, liberal arts insti­tu­tions — have an average retention rate of 80%.

Dean of Women Diane Philipp noted in an email that strong retention rates are a result of team effort.

“It’s an all-campus effort coming from the work of our pro­fessors, main­te­nance, admin­is­tration, security, business office, food service, student ser­vices, everyone who works here, and espe­cially Dr. and Mrs. Arnn,” she said.

Philipp said good retention indi­cates that stu­dents are happy at Hillsdale, and she expressed her grat­itude for everyone who plays a role in cre­ating a good atmos­phere for stu­dents.

Dean of Men Aaron Petersen said faculty and upper­classmen have a big part in making Hillsdale a great place for the incoming freshmen.

“The little things upper­classmen do to help encourage freshmen can really make a dif­ference,” Petersen said. “It’s the same for the faculty. I’m grateful for the little things they do to reach out to freshmen.” 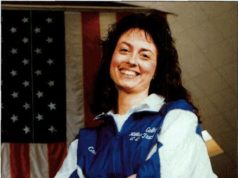